You are here: Home  |  Featured | News   |   Army general, his bodyguard shoot at each other

Army general, his bodyguard shoot at each other 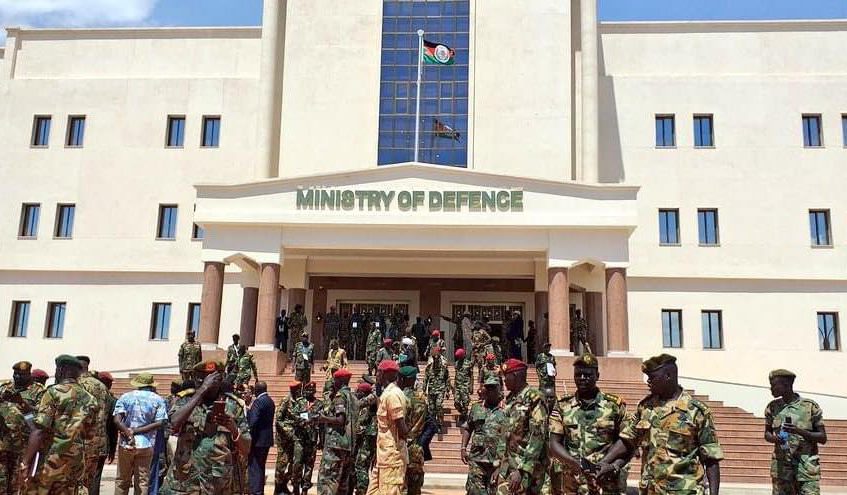 Soldiers at the scene of the shooting in front of Eagle House at Bilpam, Juba on Tuesday, June 8, 2021 | Credit | Maura Ajak

A senior military officer has been shot by his bodyguard at the SSPDF headquarters in Juba, the army spokesperson has confirmed.

Gen. Dor has reportedly been shot in the chest. He was later rushed to the hospital.

A video circulating online shows the unnamed bodyguard suspected of shooting the general bleeding profusely while lying on the ground.

He is said to be have been shot in the stomach, but alive. It is not clear why the two shot at each other.

“Just to confirm here, there was a shootout between Lt. General Peter Dor and his bodyguard. The reason for the shootout is unknown,” Maj.-Gen. Lul Ruai told Eye Radio.

The medical condition of the two men is currently not known.