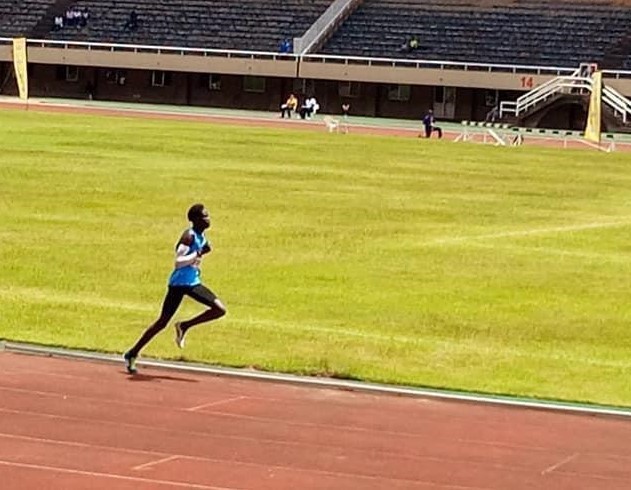 South Sudanese athlete Chol Ajang is through to this year’s World Athletics Under-20 championships in Nairobi.

Chol ran the 5000m race in 14.9 minutes, well within qualification limits during a trial event in Uganda over the weekend.

He becomes the second local athlete to earn a place in the finals of the competition after Abraham Dhuor made the cut in the 800m category last month.

The competition standards require athletes to achieve within 14.12 minutes in qualification events to make it to the 5000m men category.

Federations Secretary, Marko Akol attributed the improvement in trial results to a boosted morale among the athletes.

In April, King Power; a private company offered to provide monthly financial support to the three best performing athletes in the camp which includes the two that have qualified for the U-20 championships.

“Now we got another athlete qualified and we hope for another because this support gave morale to all athletes in the camp. That support brought for us a difference in the camp,” he added.

Akol also revealed that Yach Majok who was due to participate in a trial event in the USA has been denied a travel VISA and will now remain in the camp.

The U-20 world championships take place between the 17th and 22nd of August this year at the Nyayo Sports Complex in Nairobi, Kenya.