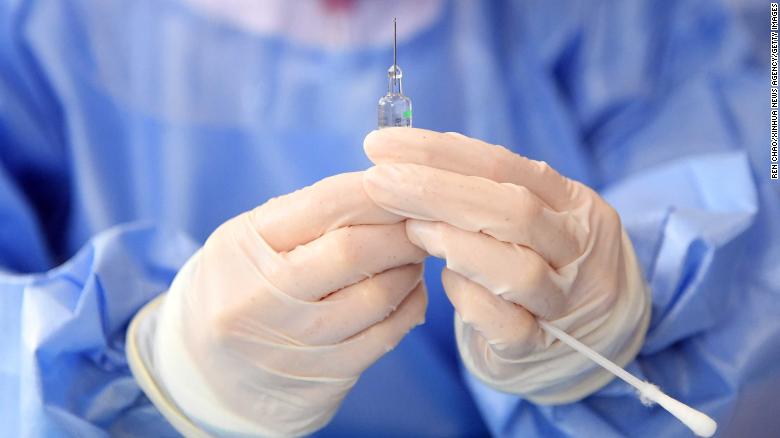 BEIJING, Jan. 29, 2021 -- A medical worker prepares a dose of COVID-19 vaccine at a temporary vaccination site in Haidian District of Beijing, capital of China, Jan. 29, 2021. The administration of the second dose of COVID-19 vaccines for key groups of residents throughout Beijing started on Jan. 22, and is expected to conclude before Feb. 8. (Photo by Ren Chao/Xinhua via Getty) (Xinhua/Ren Chao via Getty Images)

The suspects had been carrying out the ruse since at least September last year, Xinhua said on Monday, adding that all fake doses had been tracked down.

The fake vaccines were made by injecting saline into syringes, it said. The suspects may have intended to send the vaccines abroad, the government-backed Global Times newspaper reported, citing a source close to a major Chinese vaccine producer.

The police operation was carried out by police in multiple places including Beijing, Shanghai and the eastern province of Shandong, Xinhua said.

Countries around the world from have been rolling out vaccine programmes in the hope of bringing the year-long coronavirus pandemic to an end.