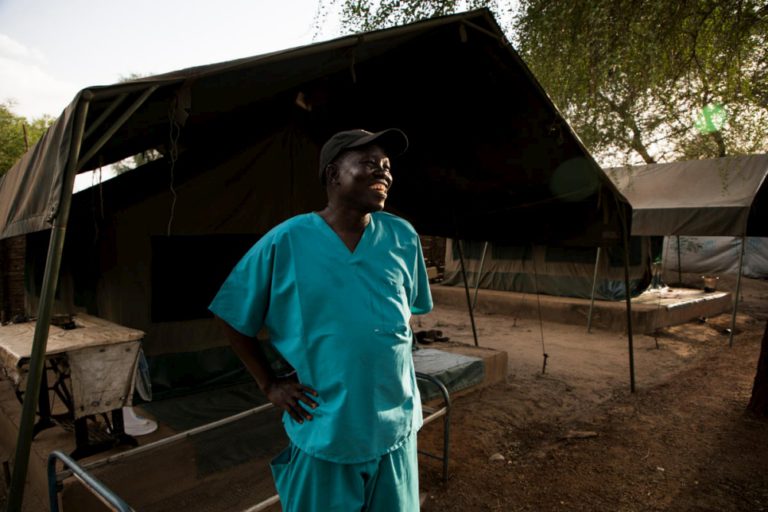 The UNHCR Nansen Refugee Award is awarded annually by the UNHCR to an individual, group, or organization in recognition of outstanding service to the cause of refugees, displaced or stateless people.

Established in 1954, the award is named after the intrepid Norwegian polar explorer, statesman and Nobel Peace Prize laureate – Fridtjof Nansen.

Dr. Evan Atar Adaha is based in Bunj, in North-Eastern South Sudan.

“I’m really very humbled to be actually having this award and it means a lot to us,” he told the SABC News Channel.

For 20 years, Dr. Atari has been committed to providing medical services to people forced to flee conflict and persecution in Sudan and South Sudan, as well as to the communities that welcome them.

He runs the only functional hospital, serving more than 200,000 people, these include 144,000 refugees from Sudan’s Blue Nile State and the local Maban County population of about 53,000.

“We have about four camps in Bunj which are Batil, Jarasa, Kaya and Duru and we managed the cases which are a bit difficult for those camps,” said Dr Atar.

Dr. Evan Atar Adaha will receive the award in Nairobi on Tuesday.

According to a statement issued by the UNHCR on Tuesday, Dr. Atar and his team at Maban hospital carries out an average of 58 operations per week in difficult conditions with limited bed space, supplies and equipment.

The hospital serves as a maternity hospital, as well as treating diseases like HIV and TB, and operates on a 24-hour basis.

Last year’s award was won by Zannah Mustapha from Nigeria.