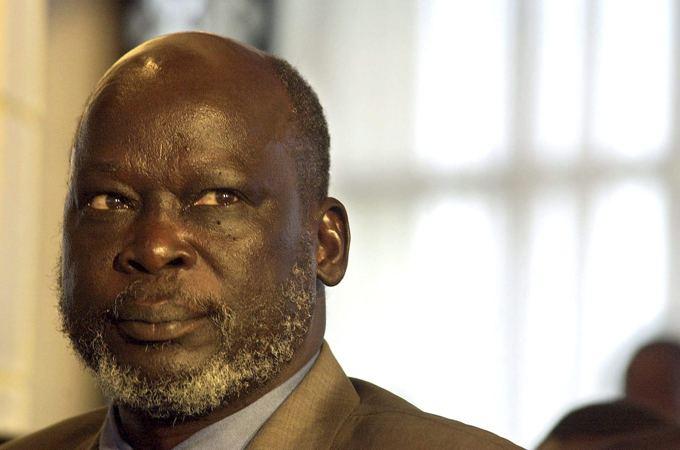 An economist has blamed the ruling party, SPLM, and current leaders for ignoring and deviating from the vision of late Dr. John Garang of making agriculture as an engine of economy rather than oil.

The SPLM has ruled South Sudan for more than 15 years now. In 2005, the SPLM, through its former leader pledged to rebuild the war-devastated South Sudan using existing wealth.

The SPLM had just negotiated with the Sudanese government six protocols that formed the basis of the Comprehensive Peace Agreement, or CPA.

These protocols, among others, promised to change the system of governance and provide services across Sudan, with the SPLM focusing mainly on improving lives in the southern region.

It gave the government in the south the powers to control oil revenue produced in its territories and seek further external funding for development.

In his remarks to the world in Nairobi, Kenya on January 9, 2005, late Dr. John Garang pledged that the SPLM would use wealth in diversity as a source of national cohesion and strength.

He stressed that the SPLM would implement a social, political and economic development strategies and programs that include using oil money to strengthen agriculture as the engine of growths.

The ruling party also pledged to take towns to the people in the countryside through rural small town planning and rural electrification.

However, two years after the independence, South Sudan descended into a civil war.

This was reportedly a result of disagreement among members of the SPLM.

In November last year, the chairperson of National Dialogue steering committee, Angelo Beda, concluded that President Salva Kiir administration had infringed on the rights and freedoms of the people of South Sudan.

He argued that the SPLM today is a complete opposite of its democratic principles that were envisioned during the liberation struggle.

Beda accused all former and current leaders of the SPLM of corruption, impunity and failure to deliver services.

He also criticized the leaders for condoning corruption and ignoring the needs of millions of the citizens in the country.

In January 2020, Transparency International once again ranked South Sudan as the world’s second most corrupt country in the world, coming just one point below Somalia.

Beda insisted that the people have not benefited from their own resources after the SPLM “walked away” from Dr. John Garang’s famous ambitions of “using oil money to fuel agriculture,” and “taking towns to villages”.

Since 2011, South Sudan has been ranked at the bottom of Global Peace indexes, quality of life and Human Development indexes, Press Freedom index, among others.

In July 2020, South Sudanese told Eye Radio that the political leaders were to blame for dragging the country into an unending circle of violence and continued political instability.

They argued that, for the last 9 years, South Sudanese leaders were yet to move the country towards sustained peace and development.

Experts also agree that some of the liberators have continued to mismanage the affairs of the country, with a population now dependent on humanitarian assistance and development aid.

Dr. Garang added that, the SPLM will not use the experience of other countries to “build consumer society”.

“We need to initiate development programs in Sudan – a new paradigms of development. We have lots of resources. Oil, for example. We don’t want to repeat the experiences of other countries where they use the oil money to build a consumer society by just importing goodies from outside,” he said.

“We want to use the oil money literally to fuel agriculture, we shall articulate and implement a social, political and economic development strategy.”

But more than 15 years later, the people of South Sudan say the ruling class has failed to achieve any of the promises made in 2005.

Dr. Lual Acuek, managing director of Ebony Center for Strategic Studies, blames the current deteriorating economic situation in the country and lack of development on the SPLM leaders.

“Peace is not just a priority, peace is a pre-condition for South Sudan to move away from dependence on donors,” he told Eye Radio on Wednesday.

Dr. Achuek called on the leaders to revisit Dr. John Garang’s vision of relying on agriculture as the engine of economy in South Sudan.

“When there is peace, we will go back to the SPLM vision of John Garang: to make agriculture the engine of the economic growth and use our oil to fuel this vision,” said the author of The Power of Creative Reasoning: The Ideas and Vision of John Garang.

Development in South Sudan has been bogged down by renewed conflicts since 2013.

These conflicts have been attributed to power wrangles among the elites.

With five years of the negotiated peace and settlement, the government is yet to produce lasting stability in the country.

This is because activists noted that even during peace talks, the leaders do not negotiate on behalf of their constituents, but rather strike transactional deals to preserve their personal power.