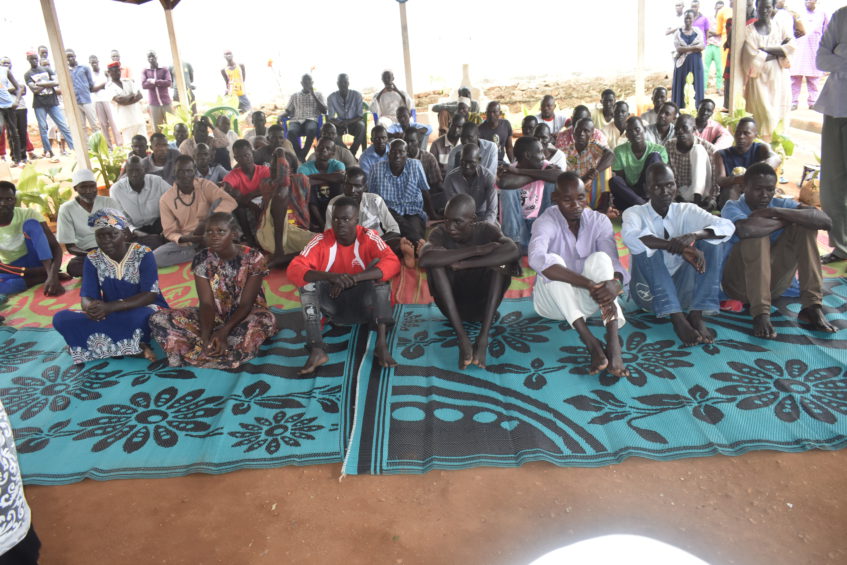 Some of the inmates [Front row] who were lucky to be released from Juba Central Prison on Tuesday, July 20,2021. Credit| Michael Daniel/Eye Radio

Eight inmates have been released from the Juba Central Prison after their debt was cleared.

The convicts were arrested on minor charges such as failing to pay borrowed money and court fines.

The debt was paid by the South Sudan Islamic Council and Achai Wiir Foundation.

“There will be the second batch until we are done with helping inmates in all the prisons across South Sudan,” Achai Wiir Foundation stated.

Their release comes on the occasion of the Eid al-Adha festivities.

Those released are two women and six men.

The Executive Director of Achai Wiir Foundation, Biong Bulabek Mading said the plan is to reunite more inmates with their families.

“My advice to those who have been released, do not leave the prison just to get arrested and brought back to prison…ask yourself what you will do for South Sudan.”