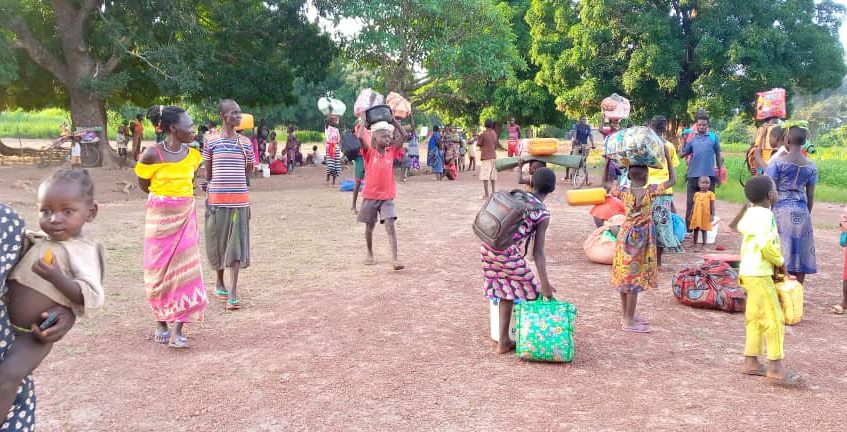 Civilians displaced by ongoing violence in Tambura County in Western Equatoria state are in dire need of humanitarian assistance.

Most of the civilians lost their property to looting and arson.

Over the weekend, renewed attacks in the area resulted in the death of one person and the injury of four others.

The residence of the Paramount Chief of Tambura was burnt by armed men.

Chief Mboribamu Baabe Renzi was, however, relocated to a different location.

Officials say several homesteads have also been torched by the attackers.

Hundreds of civilians have reportedly left the villages and the County to seek safety.

Those displaced are from Source Yubu, Akpa, Mabenge, Kpatanayo, and other locations.

Religious leaders in Western Equatoria state have expressed serious concerns over what they see as massive destruction, killing, and displacement of civilians in Tambura County.

There are claims that several homes have been torched and an unconfirmed number of people killed.

The Archbishop of the Western Equatoria Internal Province of the Episcopal Church appealed for humanitarian assistance for those affected by the violence.

“UN agencies should support these people with food, clothes, and even basic things like utensils,” said Samuel Enosa Peni.

He added that the Internally Displaced Persons are sheltering under trees, in churches and school compounds.

“They are in dire need of humanitarian assistance.”

The clerics say there is a rapid increase and expansion of the breakdown of law and order in Tambura County.

Tambura County Commissioner Mathew Mabenge told Eye Radio that some of the civilians have sought refuge in the town centre.

“Most of the people fled to the town and some are now are leaving Tambura for Ezo and Yambio. The humanitarian actors must speed and at least rescue the situation before it gets worst,” he appealed.

The motive behind Tambura violence remains unclear, although state Governor Alfred Futuyo Karaba has accused four politicians in Juba of fueling the violence.

Futuyo later apologized for the allegations.

Religious leaders have, however, urged politicians to stop using the crisis to manipulate people using what they term as “irresponsible comments and incitement.”

Last week, a meeting convened by the First Vice President in Juba called for the provision of food, healthcare, and repatriation of displaced persons affected by the violence.

It also agreed to convene a conference in Tambura for the leadership and people of Western Equatoria to address their grievances.