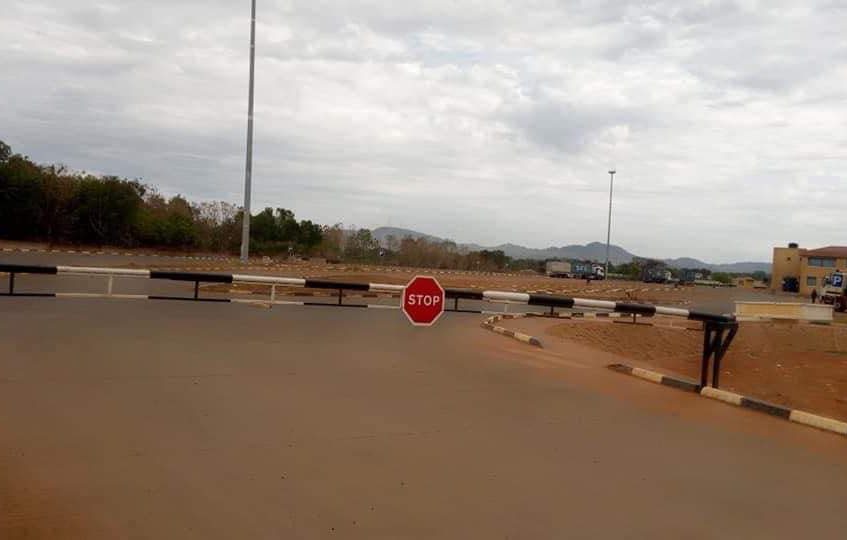 The Nimule parking yard is empty as cargo trucks have remained across the border in Elegu/Courtesy photo.

An economist has appealed to the government of South Sudan to urgently find a solution to bring in cargo stationed at the Ugandan Elegu border point, to prevent a further economic meltdown.

“There is no import, that means the supply in Juba and other towns within South Sudan will finish, and when it finishes there will be few commodities that the very big population in South Sudan will be chasing after,” said Professor Abraham Kuol Nyuon, the Dean of Social and Economic Studies at the University of Juba.

This is after truck drivers refused to cross into South Sudan over the killing of their colleagues along the major highways.

On Tuesday, hundreds of commercial trucks importing goods into South Sudan parked at Elegu near Nimule, demanding security assurance from South Sudan before proceeding with the delivery of goods to Juba and beyond.

At least 7 foreign nationals, including South Sudanese, were killed in a span of two weeks.

The economist says failure on the part of the government to act, would have negative political and economic impacts on the country, including shortages of essential goods, and a hike in commodity prices.

“What they need to do is to talk with the government of Uganda and Kenya so that they would be able to persuade their truck drivers to cross over to South Sudan and before that talk is done, they need to put the security issues in place,” Prof. Kuol stated.

“They need to arrange teams to escort vehicles either from Yei to Juba or Nimule to Juba or to any other parts of the country like to Western Equatoria and all the areas that have insecurity.”

South Sudan is a landlocked country that depends largely on imports from neighboring countries such as Uganda and Kenya.