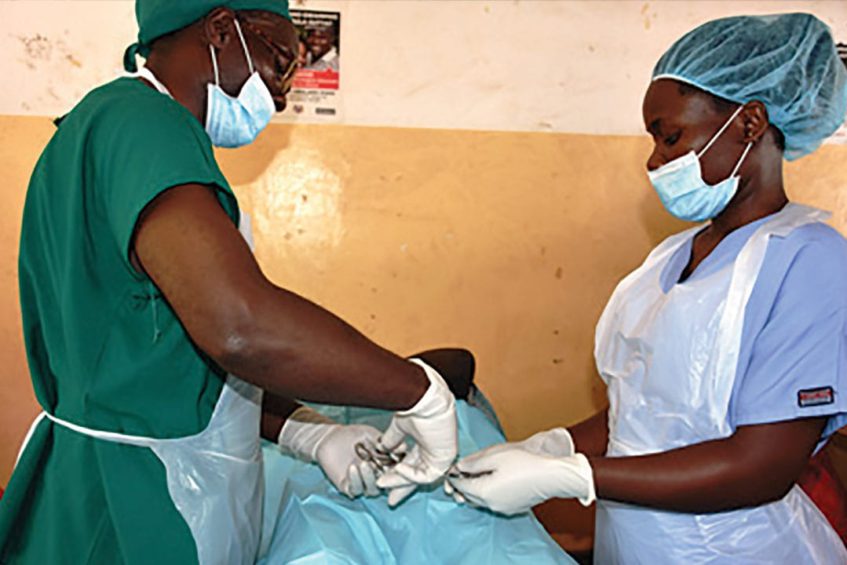 The director for programs at the South Sudan Aids Commission is encouraging males to do safe circumcision to reduce the risk of contracting HIV.

Circumcision is the removal of the foreskin from the male reproductive organ penis.

“The voluntary safe male medical circumcision is one of the great methods now South Sudan is trying to do it,” Gabriel Atillio said.

“A lot of research has been done in Africa and other countries. Once the foreskin of a penis is removed, then you have already removed an inner cell that is weak, attracting the virus during sexual intercourse into the cells, so it goes inside the inner cells and go to your bloodstream, you are already infected. So if that foreskin is removed then that vulnerable cells have been removed,” he explained.

Mr. Atillio revealed that a circumcised male has a chance of between 60 to 64 percent of not contracting HIV.

Last month, the U.S. Center for Disease Control and Prevention revealed that an estimated 200,000 people are living with HIV/AIDS in South Sudan.

HIV/AIDs is transmitted through sexual intercourse, sharing sharp objects and through mother to child.

Medics say there is a need to reach high-risk populations with preventive messages to safeguard the public.

According to Gabriel Atilio, safe male circumcision is one of the ways of guarding against HIV.

Atilio is now appealing to males in the country to undergo the procedure in a bid to help prevent contracting the virus.

“So the service is available in Juba and the government initiative or level we have already started with advocacy now, they have funding coming from U.S government,” Mr. Atillio added.