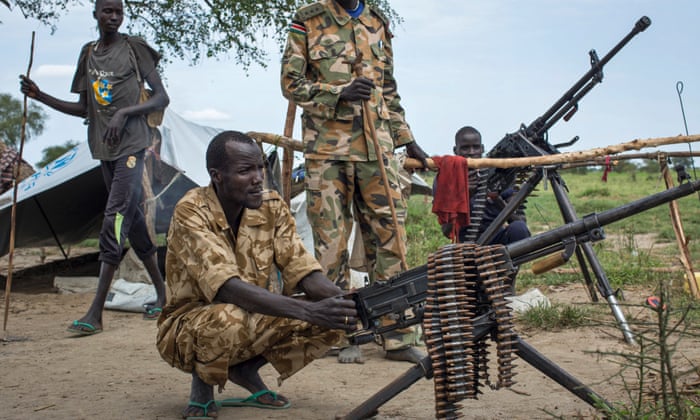 The government is finding it difficult to graduate forces at the training centers due to a lack of firearms, the minister of information says.

The government spokesperson stated that the government does not have weapons to give to the expected unified forces.

He said this is due to the government’s inability to purchase arms after the United Nations Security Council imposed an arms embargo on South Sudan.

The European Union and the United States have also placed several sanctions on individuals in South Sudan.

There are thousands of SSPDF, SPLA-IO and Opposition Alliance forces in various cantonment camps across the country, some of whom have chosen to leave the camps over the graduation.

They underwent training and have been waiting for their graduation and deployment since 2019.

“Our economic situation is bad but even if we had the money, we will not be in a position to buy all these arms because of the arms embargo,” Makuei told Eye Radio on Thursday.

Besides, the defense forces of South Sudan are reported to have 351,500 firearms.

Sicknesses and hunger are part of the training

Some of the soldiers declared that their colleagues left the cantonment and training camps due to lack of food, logistical, and medical supplies.

Also read: Over 50 cadets die while undergoing training at Rajaf

But Michael Makuei insisted that the harsh conditions at the training camps should also be viewed as part of the training.

The peace deal stipulates that unifying the forces will provide security guarantees for the transitional government of national unity, unlike in 2016 when the forces were divided.