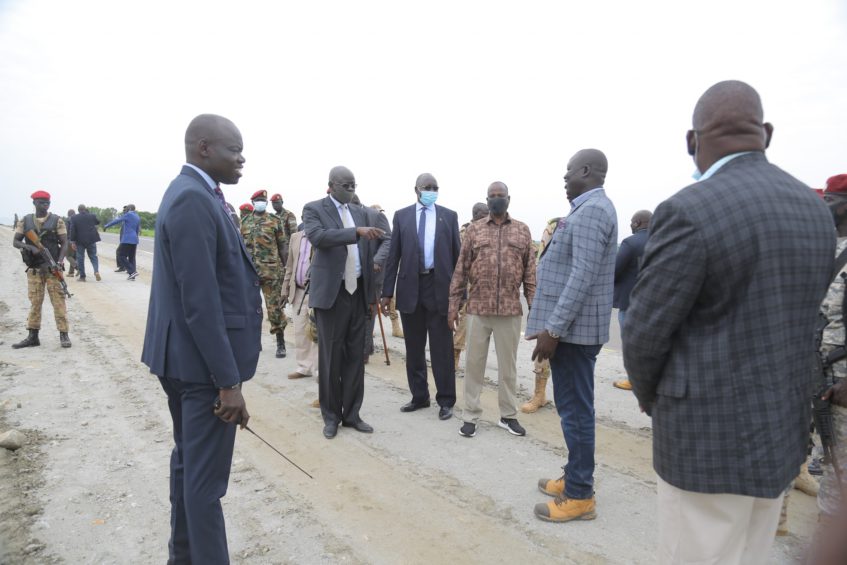 The government has reiterated its grand plans to connect farming and production areas to the market through standard road networks.

According to the Vice President for Infrastructure Cluster, the ongoing construction of highways in South Sudan will enhance trade and development.

Speaking while touring the Juba-Bor highway on Thursday, Taban Deng Gai appealed to all stakeholders to sustain and implement the current revitalized peace deal to spur economic growth.

“It is achievable because of peace. Let us implement the revitalized peace agreement so that we have more achievements – not only in infrastructure but in areas of economy and security,” said VP Taban Deng.

South Sudan has embarked on the construction of three major highways since 2019.

Last week, it launched the rehabilitation of the Juba-Nimule highway by a Turkish company.