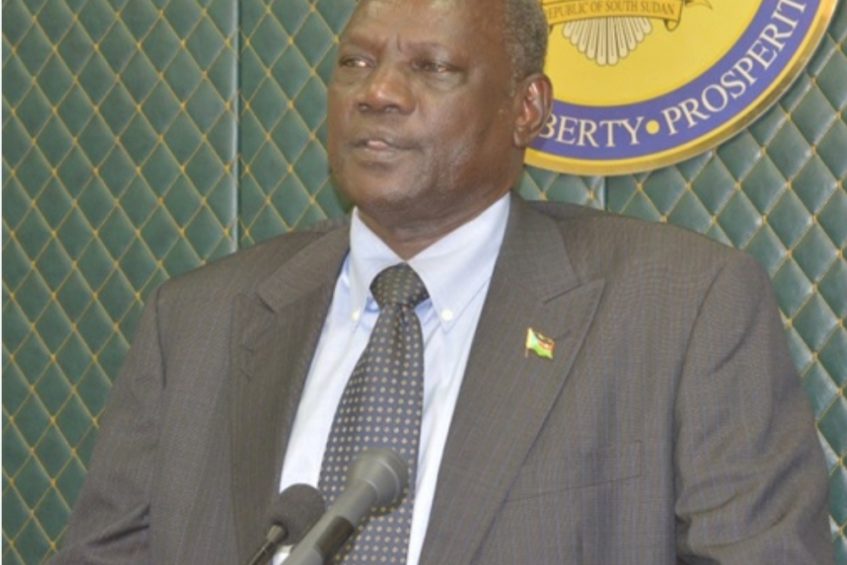 The government has refuted claims by an SPLM/A-IO official that its military general has been kidnapped by unknown gunmen.

Gen. Andrea Mangu Adara alleges that, Goal Riak was kidnapped by unknown gunmen and taken to a mysterious location.

However, according to the Minister of Information the military officer belonging to the main opposition party was convicted of murder by a Gudele Court in Juba.

Michael Makuei says Luka Ghar who is a Lieutenant Colonel was remanded to the main prison where he is serving his sentence.

“It is unfortunate that it has reported that this man was kidnapped by unknown person meanwhile he was arrested officially. So he a remanded prisoner in Juba Prison. Among other offences, he is charged of murder”, Makuei told Eye Radio on Saturday.

Michael Makuei did not explain the details of the murder case involving the SPLA-IO official.