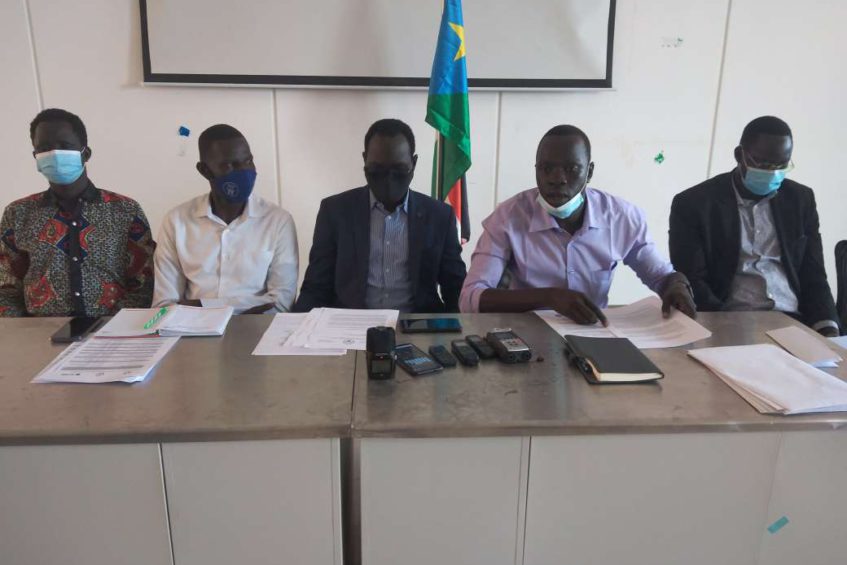 The more than 4,000 medical practitioners are protesting what they call a slow pace of investigation into the killing of Dr. Louis Edward Saleh.

Dr. Edward, an employee of the International Rescue Committee, was murdered in Ganyiel Payam of Unity State on May 21.

His throat seems to have been slid with a knife and left in a pool of blood in a makeshift bathroom.

On May 24, doctors across the country threatened to lay down their tools if the perpetrators are not identified and held accountable.

They also called on President Salva Kiir to intervene by holding accountable state authorities who violate the right of health workers.

“We have waited for days for the authorities to give us feedback, but up to now we haven’t gotten it,” the health professionals said.

It is now three weeks and no news of any arrest made has been announced.

On Thursday afternoon, the South Sudan Health Professionals Committee announced that they are going on an industrial strike beginning Monday, June 14.

“We asked the government to arrest the suspects in a competent court and we also ask the authorities to provide more protection to health workers across the country -especially those in the rural areas,” Dr. Anthony Garang is Chairperson of Doctors Union told the media at Juba Teaching Hospital on Thursday.

“It will begin with a nationwide partial strike. And if our demands are being ignored, then we shall decide on the next course of action,” they announced.

The committee, however, said the midwives, nurses, and those working in the theatres will continue to work, but won’t attend to referral cases.