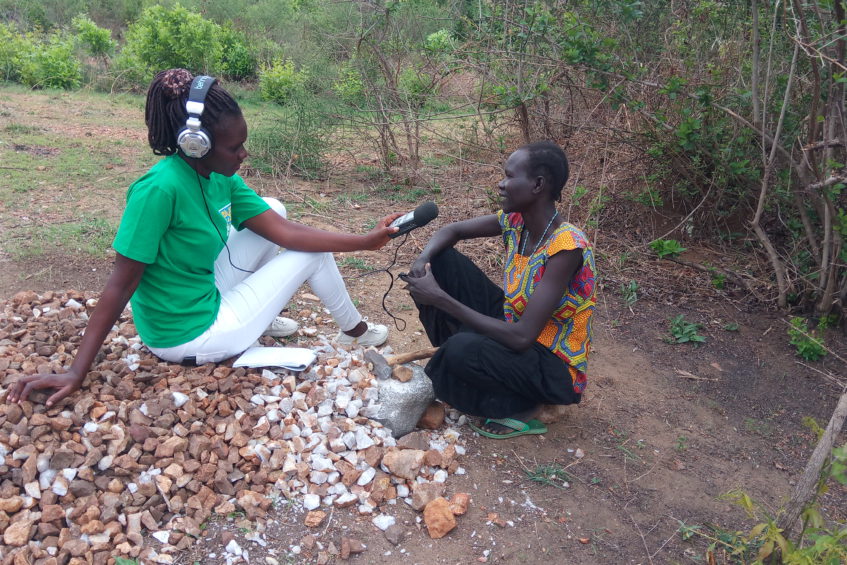 South Sudan as the youngest country in the world is experiencing economic meltdown in all sectors after the 2013 and 2016 crises, with women being the most affected.

Today in South Sudan, more than reported half of the population is facing crisis or worse levels of food insecurity, and flooding has wiped out farmers’ harvests as well as basic infrastructure and health facilities.

Women in South Sudan are marginalized and undergo pains in different ways as a result of the prolonged civil war.

For instance, women became victims of Gender Based Violence (GBV), rape, illiteracy, maternal mortality due to absence of good health facilities and among many.

Although women and children being the central point for suffering, women kept standing strong to make sure they raise not just a family but a healthy one.

Sarah Wosuk lives at the Jondoru area of Juba City. She is among women in Juba struggling to put food on the table in this economic hardship.

The mother of eight children told Eye Radio that the source of her family’s survival is stone crashing.

“I have eight children. I support them through crashing stones that I sell to feed them, I don’t have another job apart from what I am doing,” Sarah said.

“I feel body pain throughout but there is nothing that I can do because if I don’t run around, I will suffer, I will fail to get food for our feeding.

“I have a husband; sometimes if he gets something, he helps me, but other times he doesn’t.”

Sarah stated that her family takes one meal a day.

“We eat once a day because things are not easy on my side; we eat sorghum and local vegetables (Korofo and Lukukuri) – the greens you can easily get and buy in the market,” she said. 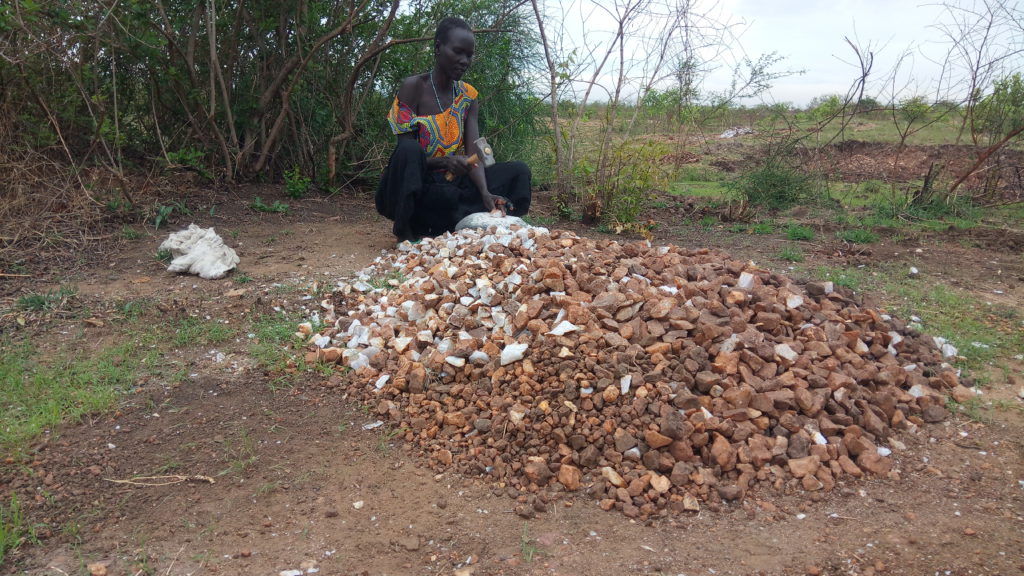 The mother of five is struggling alone to fend for the family. She said despite the fact that her children are having different fathers, nobody wants to support her.

“I have five children and I go through a lot, raising them. I crash stones to sell. If it is bought, I use the money to support my children – buying foodstuffs and soap and paying school fees,” she told Eye Radio.

“Among these five children of mine, some have got different fathers but their fathers are not helping me at all. They don’t support me financially, not even buying a soap.”

Tiko stated that apart from crashing stone, she is also running a small business with difficulties.

However, she said her business is not doing well due to soaring prices of goods in the market.

“I also have a small business that I am running to support myself. Now my business cannot boom because things are very expensive in the market,” Tiko further elaborated.

“In this small scale business of mine, if I buy tomatoes of 1,000 SSP because things are nowadays expensive in the market, they put 4 pieces only for 500 SSP and you will come and sell one piece at 200 SSP or 150 SSP, meaning your profit is only 100 SSP per tomato.”

She said women need to be supported because they are the most affected economically.

Tiko appeals to the government to support women in the country:

“My message to our government is to help women because we are suffering so much; we don’t need to run, and we don’t need civil war, but to stay with our families together.”

She said her family subsists on local vegetables most of the time because it’s affordable to her.

“We eat vegetables (Korofo and Kudura) of 200 SSP and sometimes if we want to change my diet, we go for small silver fish,” she concluded.

Editor Note: This article was written by Winnie Eric, one of the journalists trained by Eye Radio under UNICEF’s Communication for Development project. Eye Media thanks UNICEF for the support offered in order to have this successful basic journalism training on content production to promote integrated life-saving messages and prevention of undernutrition.