You are here: Home  |  News   |   Islamic Council to share Eid gifts with inmates 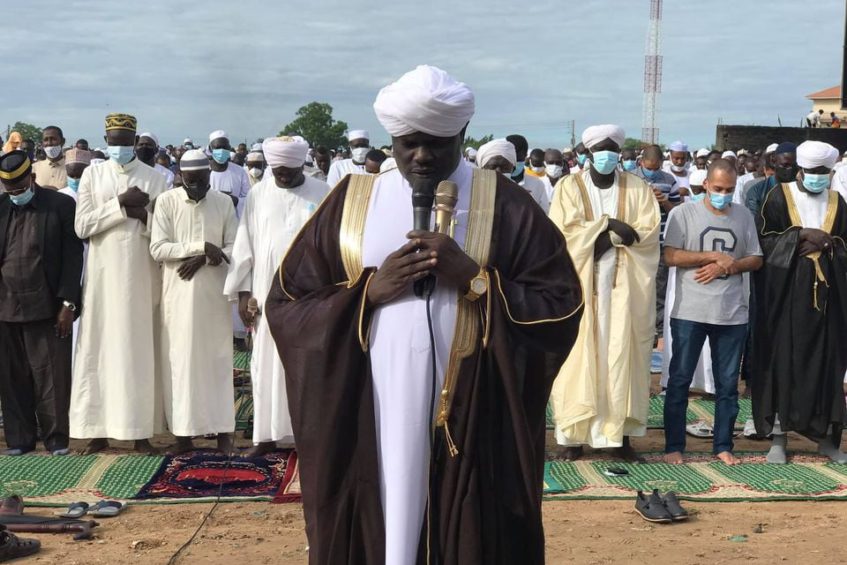 Muslims gather at Zahara Grounds in Juba to mark the "Festival of Breaking the Fast." Credit| Peter Luis

Muslims will Tuesday morning share some of their Eid al-Adha donations with inmates at various prisons in South Sudan, the Islamic Council has said.

As of Monday, the Islamic Council received a variety of gifts from fellow Muslims, Christians including businessmen in the country.

Renowned philanthropist Achai Wiir was among those who donated a number of goats for the Eid festivities.

The Islamic Council said they will share some of these donations with the needy, including prisoners.

“We have Christians who brought to us gifts for the Muslims, and we will celebrate Eid in mosques and distribute meat to prisoners and hospitals,” said Abdullah Baraj, Secretary-General of the South Sudan Islamic Council.

Muslims in South Sudan today join the rest of the world to celebrate the Feast of Sacrifice.

The feast honors the willingness of Ibrahim to sacrifice his son Ismail as an act of obedience to God’s command.

“We are a people who do not believe in religious extremism or hatred -that’s why you find in the same house there are people with different religious believes, but they live with respect. This is something unique in South Sudan and we are proud of it.”

Muslims in Juba will be gathering at various playgrounds to begin the celebrations that will end on Thursday this week.