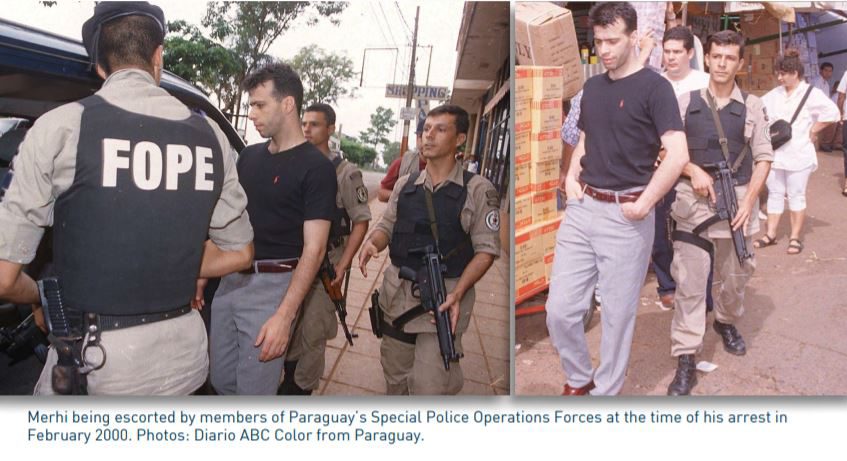 A new report suggests that South Sudan risks becoming a breeding ground for transnational racketeers and criminal networks after it gave sanctuary to a wanted man.

“[Ali Khalil Merhi] has for decades conducted business in places where the rule of law is weak, thriving where oversight institutions have been gutted by kleptocratic regimes,” writes the US-based The Sentry, in  The Metamorphosis of Ali Khalil Merhi: How a One-Time Fugitive Found Fortune in South Sudan.

Facing piracy charges and suspicions of links to terror financing, the Lebanese businessman, Ali Khalil Merhi, fled Paraguay while awaiting his trial and crossed the border into Brazil in the year 2000.

Argentinian prosecutors also wanted to question him about a deadly terrorist attack that had left 86 dead in Buenos Aires in 1994.

However, he, using new identity, managed to settle in South Sudan where he is currently running questionable businesses.

Under the name Ali Khalil Myree, he has reportedly established more than a dozen new companies, and cultivated a new network of powerful government contacts in South Sudan.

These includes partnering with politically exposed persons, especially the daughter of President Salva Kiir and the daughter of Thomas Duoth, the former External Security Bureau chief.

The Sentry found that for more than a decade, the government of South Sudan has supported the Lebanese tycoon, granting him citizenship, lucrative contracts, and even the title of honorary consul.

It says he has businesses in several sectors, including hospitality and mining.

“By 2013, he had registered no fewer than 10 companies in the young country, including Skyline Travel & Tourism Agency, a company jointly owned with Nyawich Thomas Duoth, the daughter of Thomas Duoth Guet, former director general of the General Intelligence Bureau,” it continues.

Myree is running a mining company with the daughter President Salva Kiir:

Previous reports indicated that such ventures were fueling conflicts in the Equatoria region – causing mass displacement of inhabitants to pave way for extraction of minerals, notably gold.

According to the report, Myree owns Crown Hotel, which the government used to host its senior officials, who “racked up exorbitant bills”.

In 2018, the then minister of petroleum, Ezekiel Lol Gatkuoth accumulated around $680,000 in hotel fees during a long-term stay, paid for by multinational oil consortium Dar Petroleum Operating Company.

The report recommended that the government of South Sudan take steps to improve transparency across the sector, empower oversight institutions, and establish an adequately funded, staffed, and trained Financial Intelligence Unit.

It also called upon the Biden administration to engage South Sudan to take steps toward corporate transparency and accountability.

Eye Radio’s attempts to get hold of the deputy minister of Foreign Affairs and International Cooperation were not immediately successful.

However, his lawyer told this media outlet in July 2020 that digging back to the case 20 years ago in Paraguay was an attempt by “an oppressor who wanted to steal his livelihoods”.

Read the full report here: The Metamorphosis of Ali Khalil Merhi: How a One-Time Fugitive Found Fortune in South Sudan