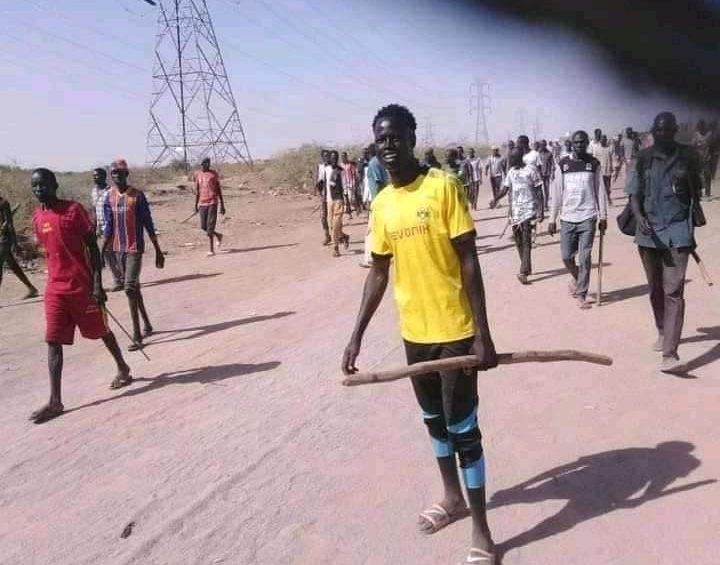 A section of the youth who were reportedly mobilizing to engage in communal fight in Khartoum last week. Courtesy image

At least six hundred South Sudanese will be deported from Sudan after completing a six-month prison term in Khartoum.

They are among those convicted of violent acts and disturbing the peace in the Sudanese capital.

“Those who were arrested in the areas of Geriff, Hela Kuku, Maigoma, Haj Yousif, and Suba are more than 900. They were taken to prison until the issue subsided,” an activist reported.

The clashes reportedly started during a meeting organized to discuss some marriage arrangements on May 14.

It, however, turned violent after a family discovered that their daughter, whose marriage was being discussed, eloped with the man.

The fighting escalated among young people in various residential areas leading to the death of 7 people and the injury of 22 others.

Sudanese authorities rounded up several suspects. 600 South Sudanese were convicted on May 19.

“Those arrested carrying machetes on the streets of Khartoum were sentenced to 6 months in the prison, and fined 20,000 Sudanese Pounds per person,” said Achol Malong, a South Sudanese human rights activist based in Khartoum.

“Those who killed the 7 people are still waiting for their conviction,” she explained. “We encouraged the government of Sudan to do so because if they don’t take this kind of action, our people will continue to die in numbers.”