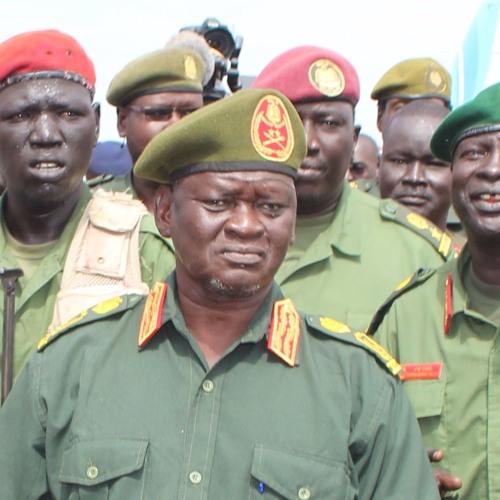 President Salva Kiir has appointed the SPLA-IO Chief of Staff as the new Presidential Advisor for Peace.

General Simon Gatwech Dual will now provide his views and expertise to the Presidency in Juba.

Since the signing of the revitalized peace agreement in 2018, General Gatwech has been stationed in the Magenis area along the common border of Sudan and South Sudan.

He was in charge of all sectors, divisions, brigades, and battalions of the SPLA-IO.

General Gatwech had recently complained to the regional guarantors that the peace agreement was fragile.

He also claimed his boss, Dr. Riek Machar, was a prisoner in Juba.

The peace deal expects President Salva Kiir to appoint advisors from all the parties to the agreement.

Meanwhile, President Kiir also appointed Dr. Costello Garang Ring as Advisor to the Presidency. His specific role or designation was not mentioned.

Dr. Costello is a representative of the South Sudan Opposition Alliance.

There was no explanation on how the two qualify for the new roles, especially with Gen. Gatwech being a military man.