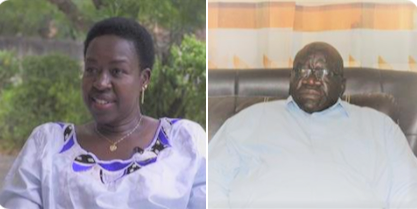 Jemma Nunu Kumba has been relieved from the position of Minister of Parliamentary Affairs.

This is following her nomination last Friday as speaker of the reconstituted transitional parliament.

Nunu has been replaced by Mary Nawai Martin as the new Minister of Parliamentary Affairs.

He has been replaced by Zachariah Joseph Garang.

In another decree, Kiir revoked the appointment of an SPLM-IO Member of the Council of States, Simon Maguek Gai Majak.

The President also relieved Vienna Kakulye from the role of Technical Advisor to the Ministry of Higher Education, Science and Technology.