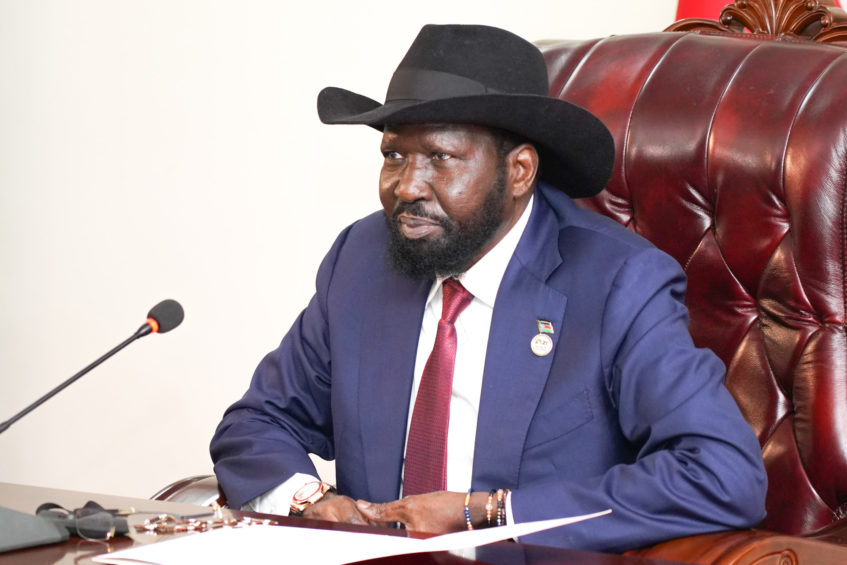 Kiir argues that the recent conflict has affected the country’s economic growth.

During a virtual meeting with the IMF Managing Director, Kristalina Georgieva yesterday, Kiir said South Sudan will continue to build a track record of sound policies and steadfast commitment to reforms.

He also stated that he will authorize his economic team to initiate a formal program negotiation on a multi-year fund-supported arrangement such as an Extended Credit Facility to support the country’s reform agenda.

The government often says it needs support from the international community to implement key areas of the revitalized peace agreement.

In 2016, the then US ambassador to South Sudan, Molly Phee, seriously questioned her government’s continued diplomatic and financial support for the peace agreement in South Sudan.

She pointed out that the United States believed the July 2016 violence was avoidable but said both the government and the armed opposition failed to seize the opportunity to lay down their weapons and resume the task of building the country.

Molly added that major reforms such as in the army, public financial management, constitutional review and reconciliation process could only be supported if fighting stopped.

President Kiir is now calling upon the IMF and other international organizations to support South Sudan on the path of achieving lasting peace by considering unconditional lifting of arms embargo and other economic restrictions by partners.

He also appreciated the IMF’s emergency support and policy advice, which allowed the government to reduce salary arrears, help households, and strengthen the currency.