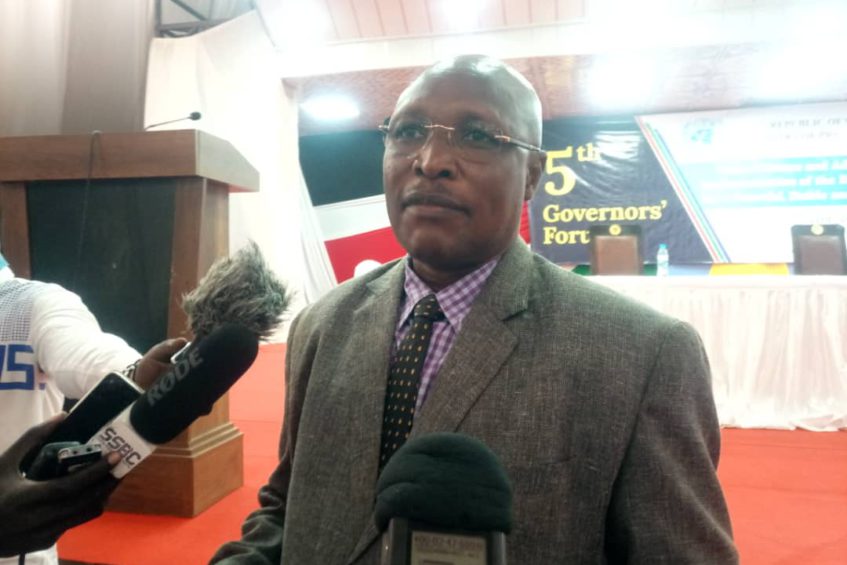 The governor of Eastern Equatoria state has urged his counterparts to demand for an increase in state budget allocations.

Currently, 10 governors and three chief administrators are meeting in Juba to discuss the role of states in the implementation of the revitalized peace agreement.

Each governor is expected to deliver a presentation on the status of the peace implementation in the state, developmental programs, challenges and way forward.

They are also expected to deliberate on the national budget allocations for social services delivery and strengthening of local government.

According to South Sudan 2011 interim constitution, a state with naturally endowed resources gets a total of five percent share – with two percent going to the government and three percent to the communities.

Speaking at the governors’ forum on Monday, Governor Louis Lobong stated that the state budget needs to be increased to alleviate the suffering of the people at the state level.

“If such a forum can make a decision, allocate a specific percentage of the total budget or the total resources of the national government for the states, this will help alleviate the suffering of the people at the state level.”

The fifth Governors forum, which started yesterday, was organized by the Presidency in partnership with the United Nations Development Programme or UNDP.

It is under the theme: “Role of States and special administrative areas in the implementation of the revitalized peace agreement for peaceful, stable and prosperous South Sudan.”

South Sudan ranked the most corrupt country in the world

Visually-impaired man appeals for help to educate his children