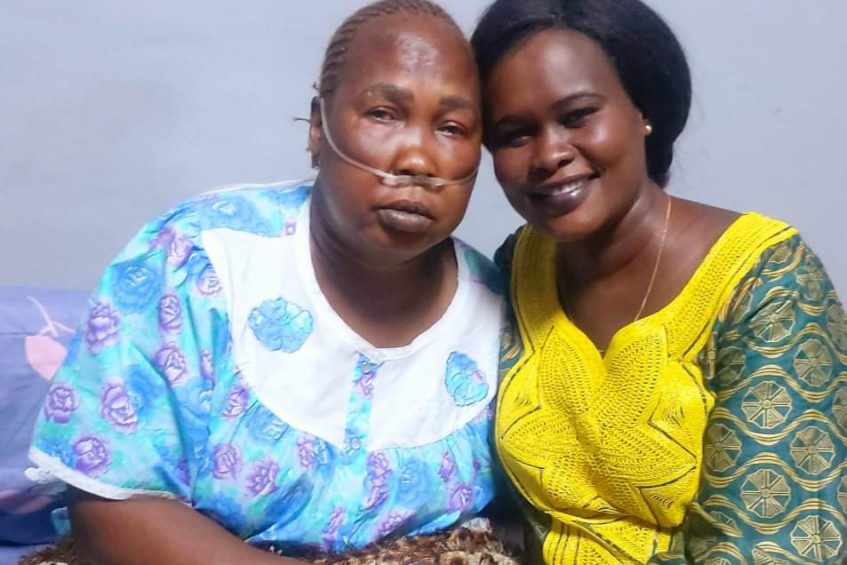 The former Minister of Information in Warrap State has forgiven Amira Ali Thomas who was found guilty of defaming her in May 2021.

In August, a Juba County Court found Amira Ali guilty of insulting and disparaging the name of Nyanagwek Kuol Mareng.

The court then handed the controversial socialite Amira Ali a six-month probation.

The court further ruled that her comments, which constituted defamation, were offensive to society.

According to court findings, a Facebook live video of the insults was viewed by 13,000 people.

On Monday, the ex-Warrap information minister Nyanagwek Kuol Mareng said she had decided to pardon Amira because of an illness the latter is suffering .

“On date of 21/11/2021, with all my mental strength and a legally considered personality I, Nyenagwek Kuol Mareng, declare pardon on Amira Ali Thomas which was convicted by Juba County Court on 9/8/2021 in the police case number 3104 under the provision of article 289 of South Sudan Penal act 2008,” Nyanagwek said in statement to Eye Radio.

“The pardon includes the material compensation that she was sentenced to for moral damage, which is very valuable million South Sudanese pound which Equivalent to $85,000. While preserving the general right of the court as the original authority of the competent court.”

For her part, Amira Ali Thomas who welcomed the news thanked Nyanagwek Kuol for forgiving her.

“I would like to thank Nyanagwek Kuol Mareng but even though thanking her is not enough. Because it is not easy to forgive a person. Yes, it was my mistake and I admitted and I thanked Nyanagwek again for the forgiving heart she has,” Mama Amira told Eye Radio while on her hospital bed.

“I was supposed to apologize first but she is the first to initiate this step, and this indicates her good heart. What she did is not only for me but for all mothers so that future generations can learn this lesson about forgiveness.”