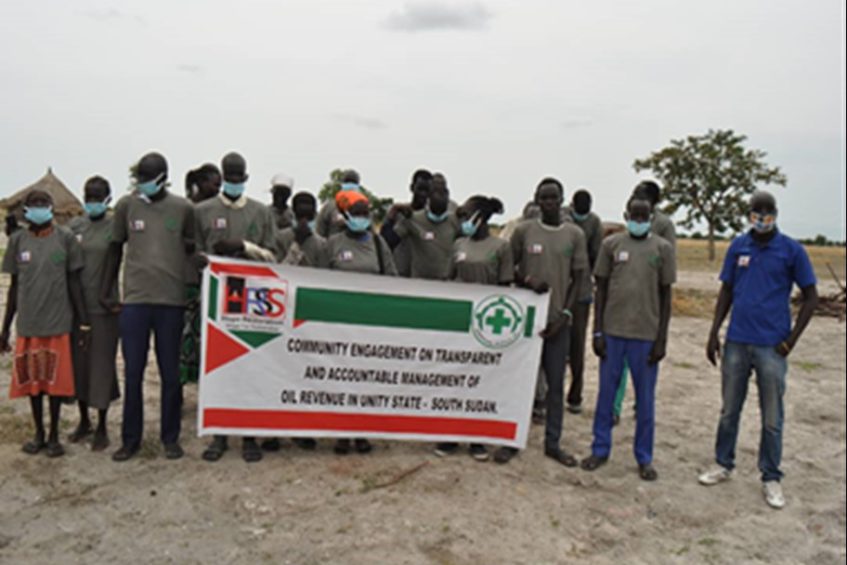 Lack of awareness of existing laws governing the petroleum sector in South Sudan remained a challenge to local community and state authorities, the Project Manager for Hope Restoration-South Sudan has said.

The country adopted a derivation-based formula to allocate the 2% and 3% of net petroleum revenues to producing states and communities out of the petroleum revenue accounts managed by the national government.

The revenue sharing arrangement is enshrined in the Transitional Constitution 2011.

Indicator principle requires revenues to be distributed based on population size, poverty level, revenue generation capacity, and geographical characteristics such as remoteness, among others.

A recent report by the Auditor General shows that, the 2 and 3 percent of the oil share that has been allocated to the oil producing communities is being transferred into individual accounts.

However, according to Peter Gatkuoth, the Project Manager for Hope Restoration-South Sudan (HRSS), the majority of the population have inadequate knowledge about the petroleum sector.

This, he says, requires all stakeholders involved in enforcing the relevant laws to emphasize the importance of awareness.

He says public awareness can effectively help holding the law enforcement and policy makers accountable in terms of lack of compliance to the implementation of the existing laws.

“Public awareness of laws is very important in enforcement of the law because if the public is not aware the public itself can also violate the law,” Peter said.

“If the public is aware, the public can also give pressure to the law enforcement and policy makers to enforce that particular law. And if the public is ignorant then their role will be missing and the laws cannot be implemented effectively.”

Peter believes the perception of the communities in the three oil-producing counties in Unity state is shaped by high expectations, lack of information and false information, bad experiences, and deep frustration.

He called on all stakeholders including government, NGOs, civil society organizations and the media to create the much needed changes in the oil and petroleum sector reform.

“Awareness is a collective role. The government has to create awareness, the media has to come in even if it is not invited because it is really the role of the media to create awareness by covering it and by talking about it so that people are aware,” the HRSS official said.

He stated that this is because there is not public disclosure of the petroleum revenue as required by the law, which has produced suspicions and mistrust.

The Project Manager says both the community and oil producing states should in collaboration with the national government establish or operationalize institutions for the implementation of the resource revenue sharing arrangements.

On accountability, he recommended that the government should regularly disclose information on the petroleum sector, especially on sales volume, revenue allocations, transfers and expenditure and judiciously develop a system of accountability including regular audits.

Mary Mayiek, one of the women leaders in oil producing states, says the community lacks knowledge on the laws governing petroleum management.

Giel Gattiab, a youth leader in Unity state says there is a need for more public awareness on petroleum and revenue management particularly in Unity state.

Hope Restoration-South Sudan (HRSS) held several meetings this year to engage state authorities and stakeholders to influence on the implementation of the Petroleum Revenue Management Act 2013.

This includes their responsibilities to the community.

HRSS is a National Organization that has been working in Unity state for the last five years engaging local communities through creating their awareness on transparent and accountable management of oil revenue in Unity state through support from Norwegian People Aid (NPA).

Editor Note: This article was written by Hope Restoration-South Sudan in partnership with Eye Radio/Eye Media. This initiative is aimed at improving transparency and accountability in the oil producing states in South Sudan through support from Norwegian People Aid (NPA).