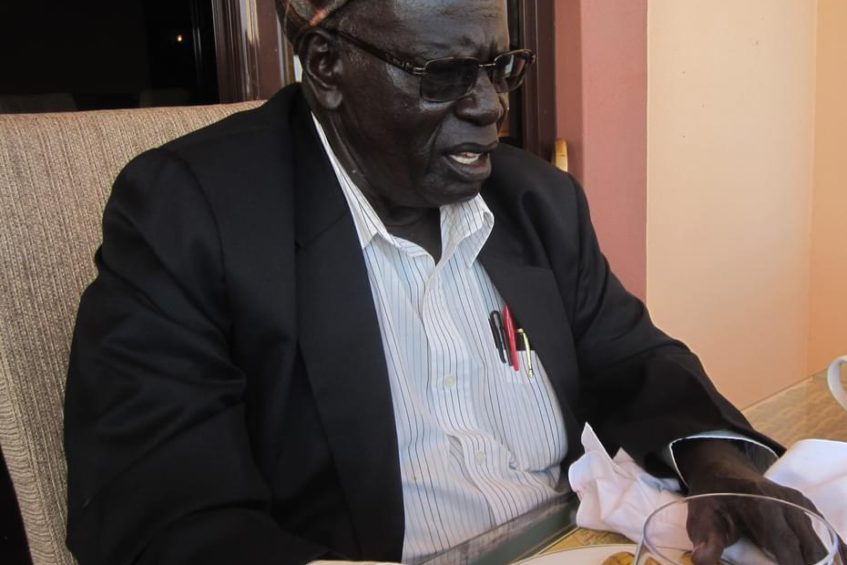 The late Lopirigo Amb. Angelo Voga has been described as an instrumental leader who played a key role in uniting his people/Courtesy photo.

The Ma’di community in South Sudan are mourning the death of their paramount chief locally known as the Lopirigo who passed on in a Kampala hospital at the age of 87.

He had served previously as Sudan’s ambassador to Zimbabwe.

The late chief has been described by hose who know him as an instrumental leader who played a key role in uniting his people.

“He was a respectful leader and when they elected him as the Lopirigo, a leader of the community, he was on the top of the issues of the community addressing their issues,” Emilio Igga, the former commissioner of Magwi County and defunct Pageri County, eulogized.

“It is really very sad that we lost him while still in refuge and this is peace time, we expected that he would come home to reconstruct the home together and now he is gone.”

Mr. Igga says the late Amb. Voga “taught people how to live together.”

The Ma’di leaders say they are in discussion with the Ugandan government to allow them return the body of their late leader for burial in his ancestral home.

The late Ma’di supreme leader had been living in Uganda after the 2016 conflict forced thousands of people, mostly from the Greater Equatoria region into refugee camps in Uganda.