You are here: Home  |  Featured | News   |   Makuei refutes being transferred to Nairobi for treatment

Makuei refutes being transferred to Nairobi for treatment 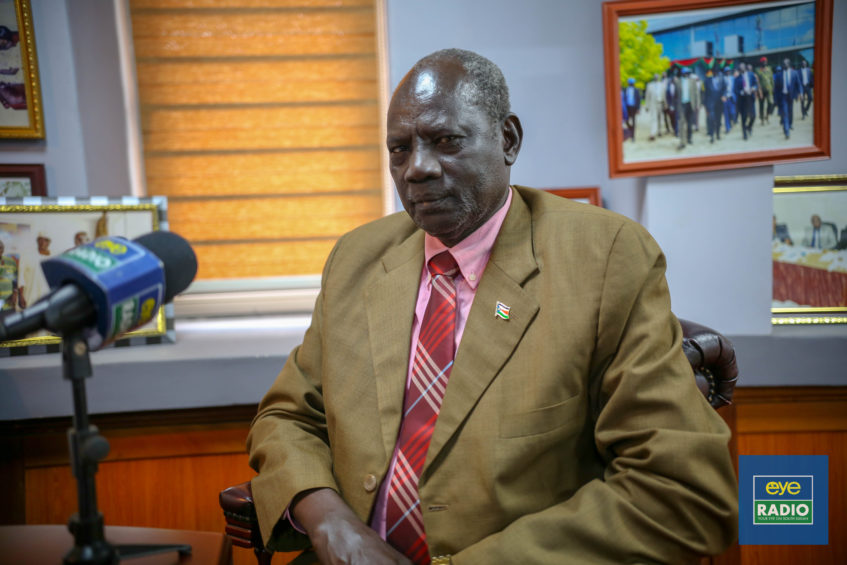 The minister of information has dismissed as false rumors that he was recently transferred to Nairobi, Kenya, for medical treatment.

Michael Makuei has largely been absent from the media limelight for quite some times now. This led to speculations on his whereabouts.

Last week, some online platforms claimed Makuei was suffering from heart complications and had to undergo specialized treatment.

Some claimed that the government spokesperson was also working from Nairobi and on a family vacation.

But Makuei described the stories as ‘fake’.

“Journalists must be very careful and they must set in correct information instead of feeding the people with misleading information,” he told Eye Radio at his office in Juba on Wednesday. “They must respect and abide by the ethics of the profession.”

The exclusive interview with Michael Makuei will come in the Dawn show tomorrow morning from 6 AM with Emmanuel Joseph Akile.

The minister will share his views on the recent Auditor-General’s report, the media landscape and the status of the revitalized peace agreement.

The video of the full interview will also be on our YouTube channel: Eye Radio South Sudan.