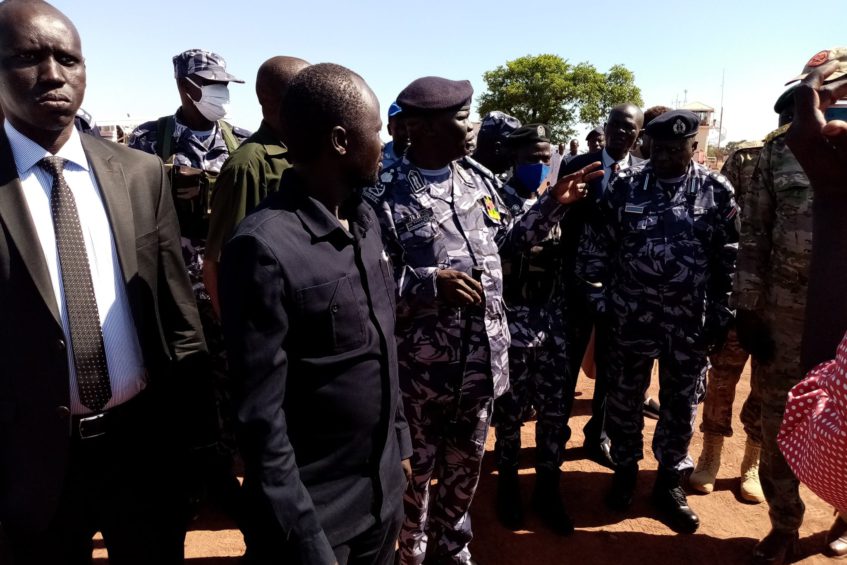 The Inspector-General of Police is in Lakes State to determine the circumstances that led to the shooting of the Bishop-elect of the Rumbek Diocese.

Gen. Majak Akec left Juba on Wednesday morning with a team of security officers to support the ongoing investigations.

Father Christian Carlassare was shot in both legs at midnight at his residence on Sunday by two assailants.

The 43-year-old Italian was transferred to a hospital in Nairobi, Kenya for further treatment.

On Tuesday, police in the state confirmed the arrest of at least 20 people in connection with the attack.

Among those arrested are 7 police officers who were guarding the residence of the Bishop, and 13 staff of the Rumbek Diocese, including some priests.

In his remarks while in Juba, Gen. Akec said he wanted to make sure the culprits were held accountable.

“We condemn this act and we are working to ensure that these culprits are all brought to book,” the IGP told reporters.

On Tuesday, President Salva Kiir described the shooting of Father Carlassare as a shameful act of intimidation.

He directed security forces to arrest and persecute the perpetrators.

The latest incident involves the killing of two lactating mothers at Akot Payam in Rumbek East County while fetching water during morning hours.