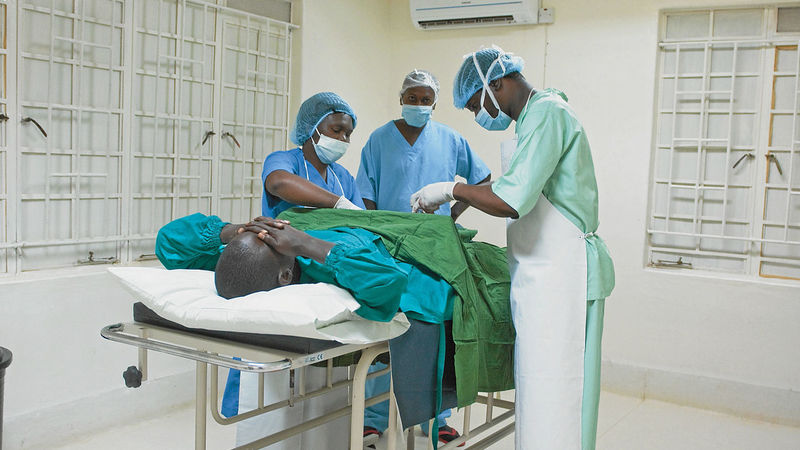 Authorities in Jonglei have disclosed that a plan is underway to launch a mass circumcision exercise in Bor.

The exercise comes after the ministry reportedly observed that nearly 99 percent of people living in the state rarely undergo circumcision due to cultural reasons.

The campaign will kick off in the course of this month and the health authorities hope to see a number of people turn up.

Others include prevention of penile problems and decreased risk of penile cancer.

“It’s not a preventive measure but being circumcised gives one an upper hand compared to the uncircumcised one,” Atong Kuol argued.

The project, she said, will be launched in the course of this month and she hopes to see a number of people turning up.

However, when the minister shared this campaign on social media about a week ago, it caused mixed reactions, especially among natives of Jonglei.

“In Bor, circumcision is deemed as something disgusting and the circumcised individuals are ridiculed through songs,” a resident in Bor, Anyang Maker said.

He believes that only few individuals may show up for circumcision, adding that it would have been better if the concerned authorities had first sensitized the people on the benefits of removal of foreskin.

Malual is the location where the mass male circumcision exercise will be carried out.

Located a few kilometers from Bor Town, it hosts the military barrack, where an armed resistance was founded in 1983, and led to a 21-year civil war that gave birth to the independence of South Sudan.

It’s also home to hundreds of families, most of whom are under Kolnyang Payam.

The state and military authorities say the rate of HIV/AIDS prevalence among the soldiers there is high.

A 2010 report suggested that five percent of the soldiers were positive.

The state authorities have declined to reveal the number of soldiers that make up Division 8. But a division normally comprises of between 10,000 and 14,000 soldiers.

According to John Wojah Elnana, program director for SSPDF HIV/AIDS secretariat – a department in SSPDF defense health services mandated to manage and co-ordinate HIV/AIDS among the military forces, the rated has “almost doubled”.

“I hear the area is very good; [soldiers] are interacting with the civilians,” he told Eye Radio.

“We can put together interventions so that we can prevent the spread of HIV among the forces.”