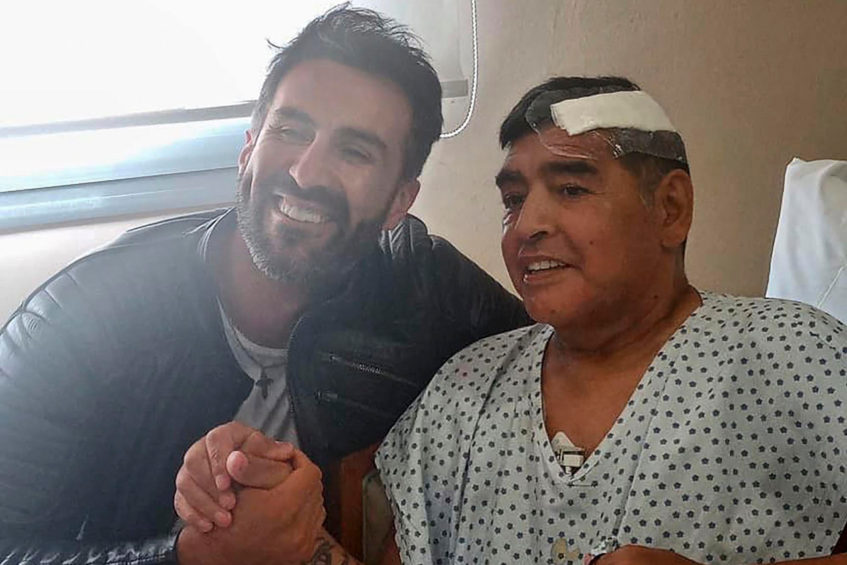 Seven medical professionals have been arrested in Argentina for the premeditated murder of soccer legend Diego Maradona.

They were involved in caring for the icon before his death on November 25, 2020.

The Argentinian player‘s death initially sparked a manslaughter probe — but was upgraded to murder after a damning investigation showed his care was “plagued by deficiencies and irregularities.”

The “signs of life risk” were ignored by his health team, who instead left Maradona to his fate for a “prolonged, agonizing period” before he succumbed, the medical board investigation concluded.

Among the seven being charged is Leopoldo Luque, who performed brain surgery on the 60-year-old star to remove a blood clot.

They face 8 to 25 years in prison if found guilty.

Diego Armando Maradona, a professional footballer, and manager – was widely regarded as one of the greatest players in the history of the sport.

He was one of the two joint winners of the FIFA Player of the 20th Century award.

His presence, leadership on the field to his creative abilities was known to be a free-kick specialist. Maradona was given the nickname “El Pibe de Oro” (“The Golden Boy”) who wore the classic number 10 position.

Maradona played in four FIFA World Cups, including the 1986 World Cup in Mexico, where he captained Argentina, led them to victory over West Germany in the final, and won the Golden Ball as the tournament’s best player.

In the 1986 World Cup quarter-final, he scored both goals in a 2–1 victory over England that entered football history. The first goal was an unpenalized handling foul known as the “Hand of God”, while the second goal followed a 60 m (66 yds) dribble past five England players, voted “Goal of the Century” by FIFA voters in 2002.

On 2 November 2020, Maradona was admitted to a hospital for psychological reasons. But a day later, he underwent emergency brain surgery to treat a subdural hematoma.

He was released on 12 November after successful surgery and was supervised by doctors as an outpatient. Then on 25 November 2020, at the age of 60, Maradona suffered a heart attack and died at his home in Dique Luján, Buenos Aires Province, Argentina.