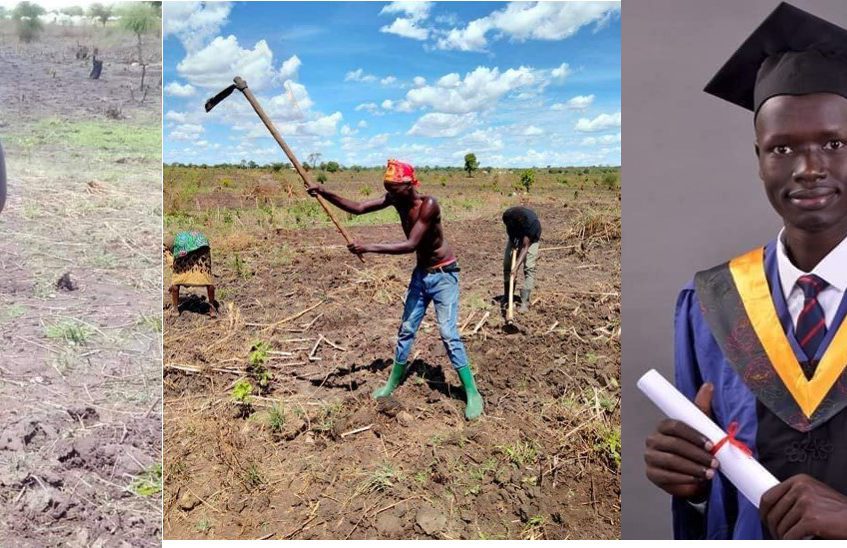 Jacob Jok is a graduate with a Bachelor’s Degree in Geology and Mining from University of Nairobi and a Master of Petroleum Engineering from China. He is currently at a Ugandan refugee camp after, he said, failed to secure a job in South Sudan | Credit | Facebook

The Minister of Petroleum has accused the oil companies of deliberately rejecting applications from the local workforce.

“I am not chasing foreigner away, but the law says local must be given priority,” Puot Kang stated.

He said he has observed many South Sudanese are being denied the opportunity to work in the oil sector despite their qualifications.

“In some joint operating companies, you will go to the gate when it is a day for applying, but you will be told by the security that ‘it is not time to go in’ while some people are submitting their applications,” the minister revealed during the launch of the Environmental Audit Bidders’ Tender event in Juba.

In March 2021, Dar Petroleum Operating Company staff went on strike over unpaid benefits and the implementation of a new human resource manual.

For his part, the Minister of Labor admitted that the oil sector workers have been mistreated by the companies.

James Hoth Mai says it is time to rectify the matter.

Since 2019, some South Sudanese nationals working in the oil field have been demanding payments in US dollars, insurance, promotion and capacity building opportunities –just like their workmates from foreign countries.