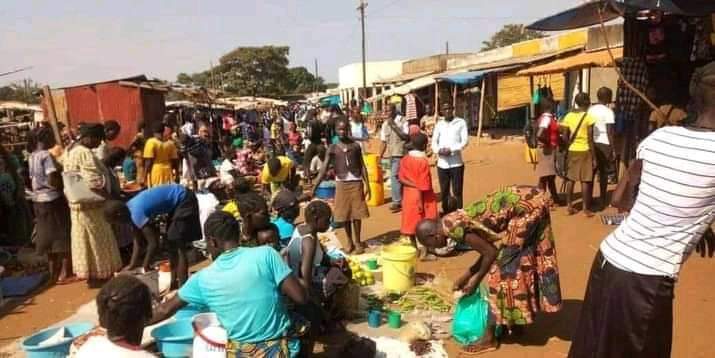 Traders in Mundri West County are counting losses after suspected burglars broke into their shops at night and made away with property worth millions of South Sudanese pounds.

According to the Chairperson for the Chamber of Commerce in Mundri West County, Ismail Basha, traders called on the police to protect their properties.

Ismail says that more than 6 shops were raided early this week.

“Two days ago, thieves used a master key to open 5 to 6 phone charging shops. They looted a lot of money and 100 phones, all looted assets estimated to be a million pounds,” he told Eye Radio Thursday morning from Mundri West County.

For his part, the police commissioner of Mundri West County Maj. Gen. Ishaque Abboud stated that they lack enough police personnel in the county.

“We are lacking police personnel but we will try to increase their numbers and provide protection not only for the market but for the whole county.”

He says most of the police personnel are in the contentment area.

“The market requires about 12 police personnel but now we only have 6, and you know most of the forces are in the cantonment area and have not graduated up to now.”

However, Ishaque explained they are still providing security at the market with the few police around.

“Night robberies have increased in recent days due to the rain, so the  traders asked for help to secure the market with police. We have provided enough security for the market and even there is a police station in the market.” He concluded.