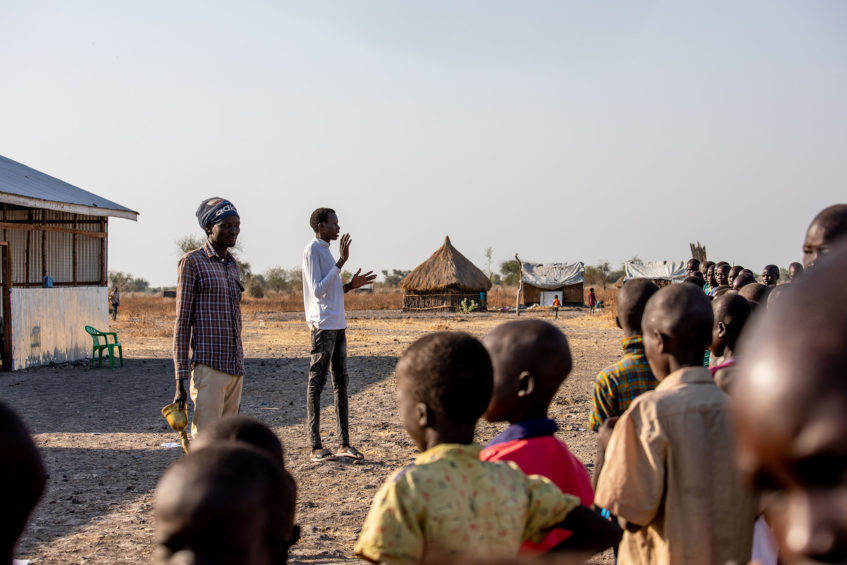 Nearly 1,000 candidates will miss the Primary Leaving Examinations that commenced this morning across the country.

The Ministry of General Education says a total of 75,000 primary school candidates have been registered for this year’s PLE exams.

However, Minister Awut Deng revealed that 908 pupils in seven centres will miss the examinations due to access problems and security-related issues.

“We had 14 areas that we had security concerns, but the rest have been resolved,” she said.

Awut mentioned these areas as those “with security concerns that should be addressed before the exams are sent over.”

Most of these areas are believed to be with a heavy presence of the SPLA-IO forces, a former rebel group that fought the government between 2013 and 2018. But the SPLM-IO is now part of a coalition or unity government in Juba.

Last week, the Minister of General Education revealed that candidates in SPLM-IO controlled areas would not sit the 2020 primary leaving examinations due to insecurity – a claim the SPLA-IO denounced.

Although the Ministry of Education did not outline the security threats observed in these areas, Awut said the affected candidates will be able to sit for their examination on a later date if there are access and good security.

“If the environment is created –even today –we will be able to deliver the examinations to where the centres are.”

She added that: “It is important that South Sudan has a credible result about the assessment of their children, there is no way that we cannot allow these children to have exams which is an international practice.”

However, some heads of mision to South Sudan say they are “deeply concerned that children who have worked hard to prepare for their examinations may miss out”.

“We therefore call upon the revitalized government to proceed with urgency, exploring every possible solution, to ensure that all children in primary 8, regardless of location, are able to begin their exams as planned or as soon as possible,” partly reads a statement by the diplomatic community in South Sudan.

They include the governments of the United States, United Kingdom, Norway, Canada and Sweden.