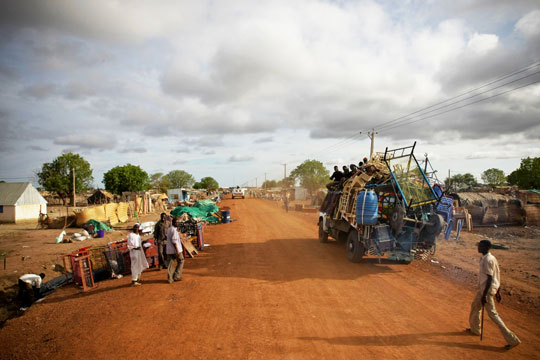 Nine people have been killed and four others wounded in two separate incidents, Thursday, in Abyei area, an official has said.

The attack took place in the villages of Myadol and Dongop located east of Abyei.

The attack follows a similar incident last week when armed men killed one person and wounded four others, including two children and two women on their way to Anet Peace market.

“The bodies of the victims have already been buried in the same areas where they have been killed. 7 of them were killed in Myadol and 2 in Dongop,” Kuol Alor confirmed the incidents to Eye Radio.

He added that the attacks caused panic in Abyei.

“Some people are still missing and unaccounted for.”

In June, seven civilians and one UN peacekeeper were reportedly killed in a similar attack in Abyei.

Over the years, there have also been reports of criminal activities in the disputed region, including cattle rustling, carjacking, robbery, and grenade attack in Amiet market due to lack of a joint administration.

The security of the region is currently under the United Nations Interim Security Force for Abyei.

South Sudan and Sudan are yet to agree on a joint administration, including a police force.

In July, President Salva Kiir handed over the Abyei area dossier to a prominent area leader, Deng Alor, to follow up on the resolution of the final status of the region.