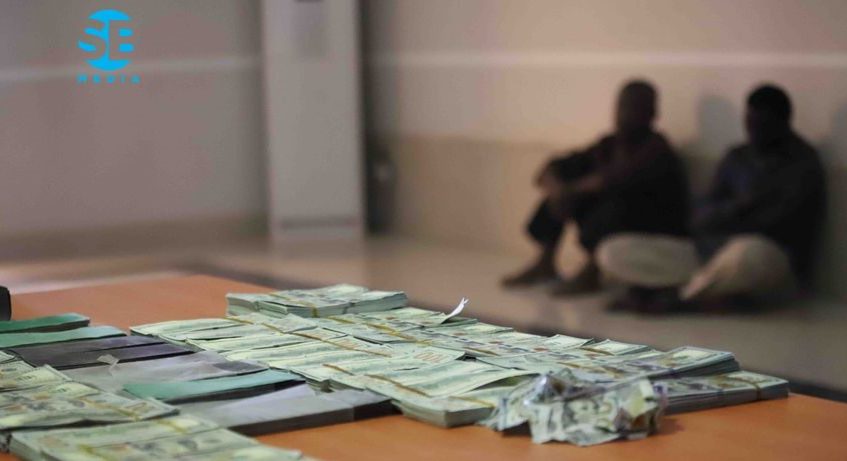 The internal security bureau of the National Security Service has arrested two people for dealing in counterfeit U.S. dollars in the country.

The two were arrested in separate operations conducted by the internal security bureau of the NSS.

The public relations director in the office of the director of the internal security bureau identified the suspects as Joseph William Deng – a South Sudanese, and Daniel Brown Nama, a Liberian.

He was also caught in possession of $1.5 million.

“The two suspects were respectively apprehended in possession of a machine for counterfeiting United States dollars as well as fake dollars amounting to $1, 880, 000,” he told Eye Radio on Monday.

The NS public relations director says the two will be produced in courts of law.

The counterfeit dollars were burnt after the parading of the suspects at the national security service headquarters in Juba.