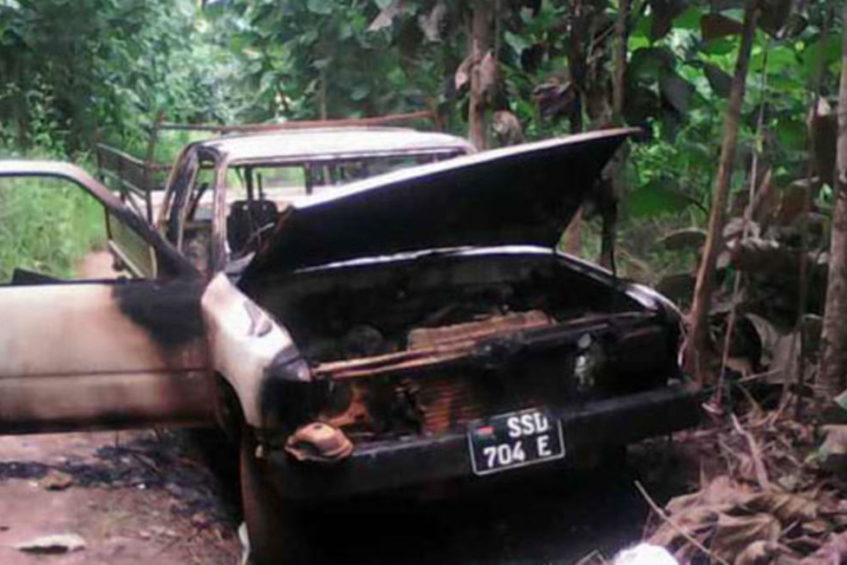 A cars that was burnt in Alero on Kaya-Yei in 2019. Photo Credit: Curtesy

On person has reportedly been killed and two others wounded in a road ambush along Yei-Kaya of Central Equatoria State.

The incident happened on Friday morning around 5:30am in a place called Ligi, 18 miles from Yei Town.

The ambush involved drivers of Boma Stars Company who were delivering assorted food items to IDPs in Morobo County.

According to the Commissioner of Yei River County two other people have been abducted and two others were rescued by the SSPDF team that intervened.

No one has claimed responsibility for the attack.

In May this year, at least five people were killed in Mugwo Payam of Yei along the same road.

The unidentified assailants reportedly rounded up the civilians and shot them at random.

Observers say security situation in the Yei areas has remained volatile since the second eruption of the violence in the country in July 2016.