You are here: Home  |  Featured | Health | Humanitarian | News   |   Over 300 persons with leprosy ask for assistance

Over 300 persons with leprosy ask for assistance 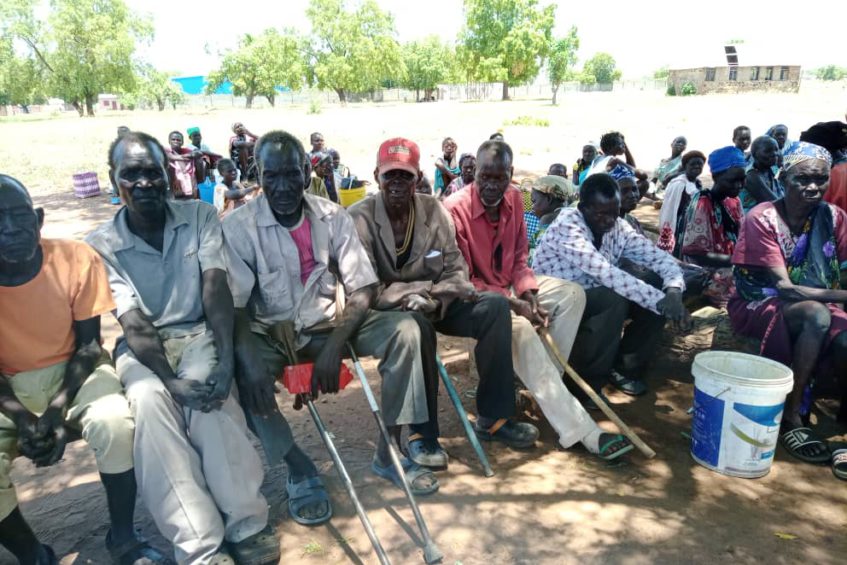 Nearly 300 people suffering from leprosy are in dire need of food assistance and drinking water at Rokwe village, Luri Payam.

They live a few meters away from military headquarters, Bilpam on the outskirts of Juba.

The entire village is inhabited by at least 7,000, but those with leprosy are isolated.

They struggle to fetch water from a single borehole.

Those living with leprosy say they lack medical facility, humanitarian assistance like food and proper shelter.

“We do not have medicines and shelters. We are appealing to the government to give us food and educational materials for our children. Everyone is suffering here,” said Joseph Wani, coordinator of people affected with leprosy.

On Monday, the Indian Ambassador to South Sudan visited the village and donated assorted food items and non-food items to people affected with leprosy.

A report by the South Sudan Medical journal says people with leprosy are stigmatized in South Sudan because there are few treatment options available to them and most villagers fear they will catch the highly contagious disease.