Passenger falls and dies at JIA 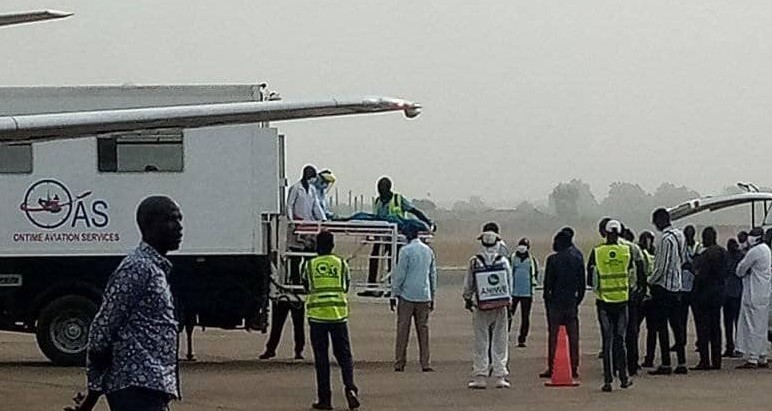 Health workers put the body of unidentified passenger on an ambulance at JIA on Friday, Feb 19, 2021 | Credit | Ayom

An old woman collapsed and died while disembarking from a plane at Juba International Airport on Friday morning.

The unidentified woman was returning from Khartoum aboard Badr airlines.

According to the Director of Juba International Airport, the deceased just fell as she was climbing down from the stairs of the plane.

“She was coming down with her daughter when she just fell and died,” Kur Kuol told Eye Radio.

The cause of death has not been determined.

The body of the woman has been taken to the military hospital in Giada for postmortem.