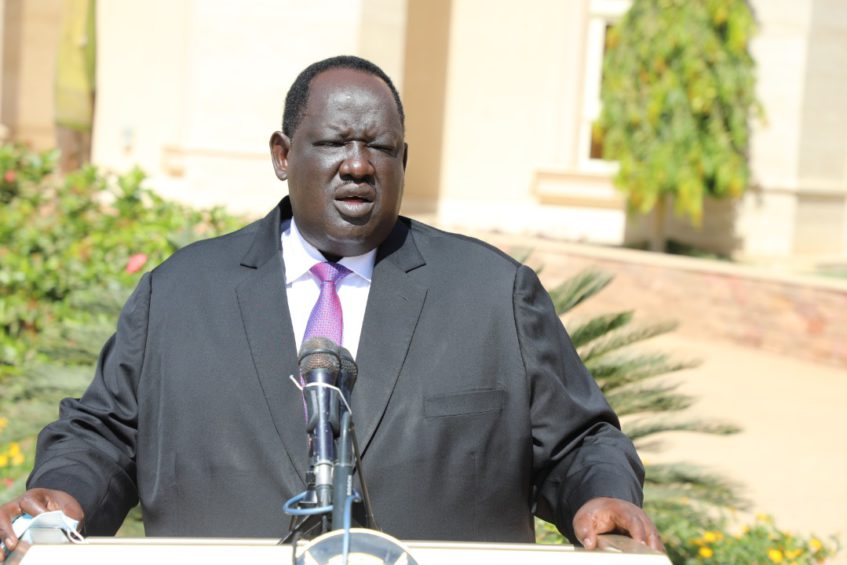 The presidency will announce the date for the graduation of the necessary unified forces next week, the chairperson of the National Transitional Committee has said.

Tut Gatluak revealed this at a press conference held in Juba on Wednesday.

He said President Salva Kiir and his deputies will hold a joint meeting attended by the heads of the security mechanisms to finalize arrangements for the graduation of the forces.

About 53,000 forces are expected to graduate from the training camps. They include the army, police, and national security, among others.

The revitalized peace agreement expects the unified forces to be 83,000.

According to Tut Gatluak, who is also the presidential advisor on security affairs, regional leaders and peace guarantors will attend the graduation of the forces – once the date is fixed.

“The graduation of the unified forces has regional and international attention. So, the president will extend an invitation to partners such as IGAD and guarantors to come and witness it,” Gatluak told the reporters.

The graduation has been delayed due to “lack of funds”. But observers call it “lack of political” given the millions of dollars the government offered the NTC.

There are thousands of troops drawn from the SSPDF, SPLA-IO, and the Opposition Alliance across the country.

They have been at the training camps since 2019.

Some soldiers have been deserting these training centers due to a lack of food, medicines, and safe clean water.