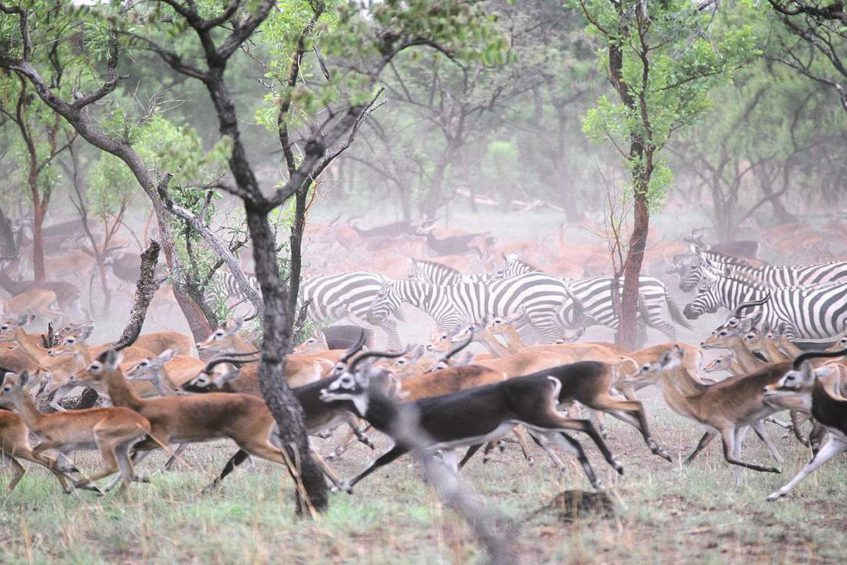 The Minister of Wildlife, Conservation and Tourism has blamed the army and other organized forces for forcing several important animals to migrate to the neighboring countries.

South Sudan is home to elephants, a great number of cheetah, ostrich, Nile crocodile, pangolins, among others, but are at risk of extinction.

But conservationists say the wildlife is being depleted because cattle raiders and troops on the move rely on poaching.

Rizik Zachariah accuses both government and armed opposition groups of engaging in poaching wildlife and destruction of the environment.

He stated that these officers illegally use guns and other heavy machinery to destroy the habitat –thereby reducing biodiversity and species abundance.

“During most of the rebellions, armed groups – including the government soldiers – were operating where the animals live. That’s why most of them [wildlife] migrated to our neighboring countries,” Zachariah told Eye Radio.

In 2017, the Ministry of Wildlife, Conservation and Tourism disclosed that wild animals that migrate to the neighboring countries do not return to South Sudan.

It was proclaimed by the United Nations in December 2013, to celebrate and raise awareness on the world’s wild animals and plants.

The government of South Sudan says at least 75 elephants were killed between the year 2012 and 2014.

Rizik Zakaria said his ministry is developing mechanisms that will ensure wildlife is protected.

“We need to consider wildlife as a friendly species and through them, we can obtain and gain a lot from them,” he added.

In 2019, the United States launched a $7.5 millio project to support the conservation of wildlife, natural resources and protected areas in South Sudan.

The funds, managed by the Wildlife Conservation Society, would enable the project to build sustainable livelihoods and mitigate conflict in and around Boma and Badingilo national parks.

It also sought to address the increasing pressure on wildlife – from poachers and traffickers, and the unregulated developments in the parks and reserves.

The tourism industry in East Africa is a major driver of employment, investment and foreign exchange.