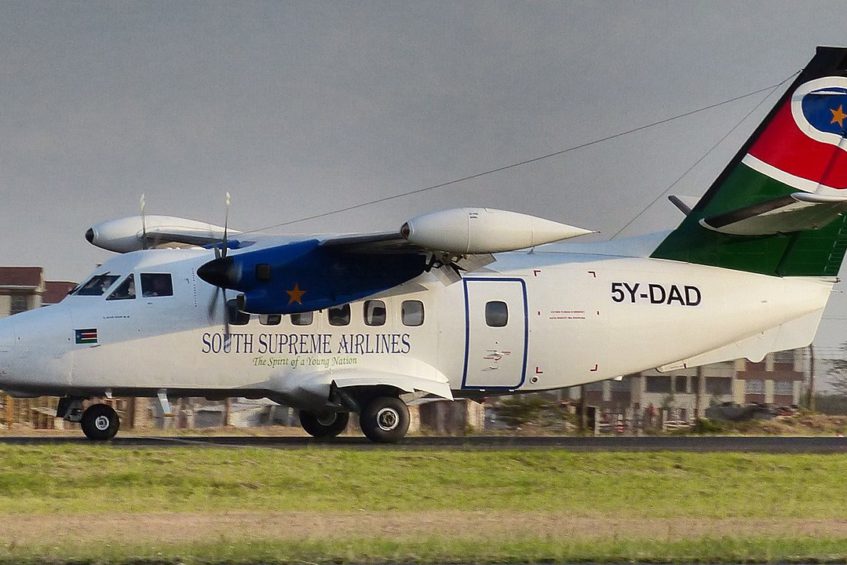 President Salva Kiir has ordered for the suspension of Supreme Airlines operations in South Sudan after its plane crashed killing 11 people on board in Jonglei on Monday.

Those who died in the crash include two children, six women, and two pilots – a South Sudanese and Kenyan.

The accident occurred a few minutes after the HK 4274 aircraft took off from Pieri airstrip in Uror County, 4:30 local time on Wednesday, according to an eyewitness.

In a statement issued on 2 March, Kiir directed the Ministry of Transport and the South Sudan Civil Aviation Authority to suspend the airline operations.

“The decision is a temporary measure to deal with an avoidable air accidents before laws governing aviation are strengthened via legislative means,” partly reads the statement.

He added that it is a necessary step to restoring air confidence in air travels in the country.

In his condolence message to the bereaved families, kiir said “This measure is a necessary for these institutions to ascertain airworthiness of the remaining Supreme airline planes.”

Such plane crashes are common in the country, due to poor aviation regulations, according to observers.

The Minister of Transport stated that the Wau-bound plane was carrying three crew members and five passengers on board. Only one passenger survived.

In September 2018, a chartered Let-410 UVP  crashed into Lake Yirol, leaving at least 20 people, including an Anglican Bishop, dead.