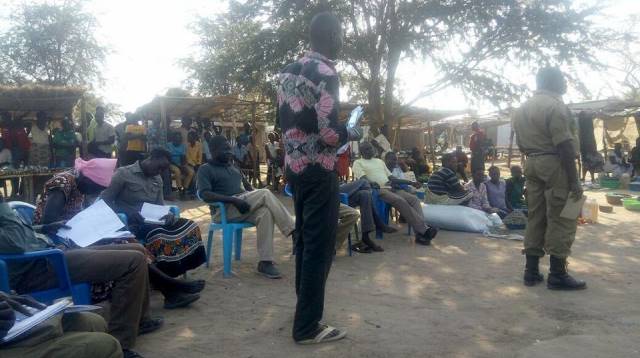 The death toll of the FIFA football match fighting among South Sudanese refugees in Uganda has risen to three, Ugandan police have told Eye Radio.

Josephine Angucia, the West Nile Regional Police Public Relations Officer, says two of the refugees died after the fight in a video hall at Rhino Camp in Arua District.

The third victim died later while receiving treatment at a hospital.

“The report we got again this morning is that the third one who was injured in that fight died which brings the total of the dead to three,” Ms Angucia stated.

The cause of the fighting is not yet clear.

She added the police has launched an investigation into the killings.

”Police in Arua are investigating the murder cases in which two refugees were killed in a fight at Tika Hall,” she added.

The incident, according to the police, occurred during a game between Brazil Vs Switzerland on Sunday night at Tika Zone in Rhino Camp Settlement.

In another related story, the West Nile Regional Police Public Relations Officer confirmed that the nine South Sudanese Refugees arrested last month have been remanded to Arua prisons till 27 June.