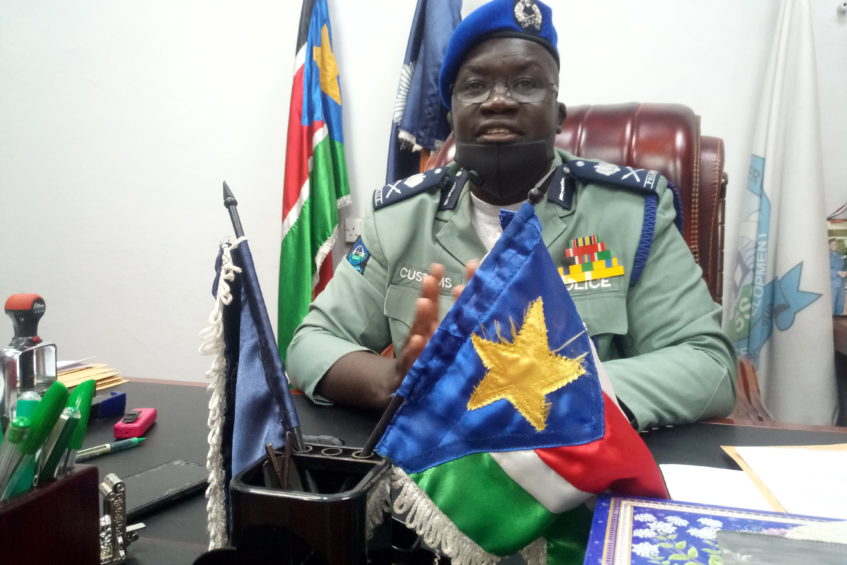 The country is losing over one billion South Sudanese Pounds to tax exemptions every month, the Director of South Sudan Customs Service has said.

According to the law, only UN agencies and humanitarian groups are allowed to bring in items such as aid assistance.

He mentioned Africa Resource Corporation (ARC) and Shandong High Speed as some of the profit-making companies that do not pay taxes.

“In every month, we are losing 1.2 billion SSP in term of exemption that include on road construction equipment, the United Nation humanitarian goods exemption plus others. Gen. Akol Ayii told Eye Radio on Monday.

“We are losing a lot of money on this exemption. Our exemption have been misused compared to our neighboring countries like Uganda and Kenya.”

He went on to say UN agencies violate the status of forces agreement SOFA by importing non-essential items like alcoholic beverages.

“The SOFA agreement is not actually being control because most of the UN cars after the end of the contract, they are supposed to give it to the government but they are now auctioning them and they came under exemption which is wrong.”

“We know about humanitarian – only food items but what they are bringing now is different thing for instance beer, sometimes I exempt 20 vehicle of beer, forty feet and whisky and this are not humanitarian.”

In September 2020, The National Revenue Authority informed the parliament that the country was losing almost 40 billion Pounds every three months.

The former Acting Commissioner-General of the NRA Erjok Bullen attributed the loss to tax waivers between June and August 2020.