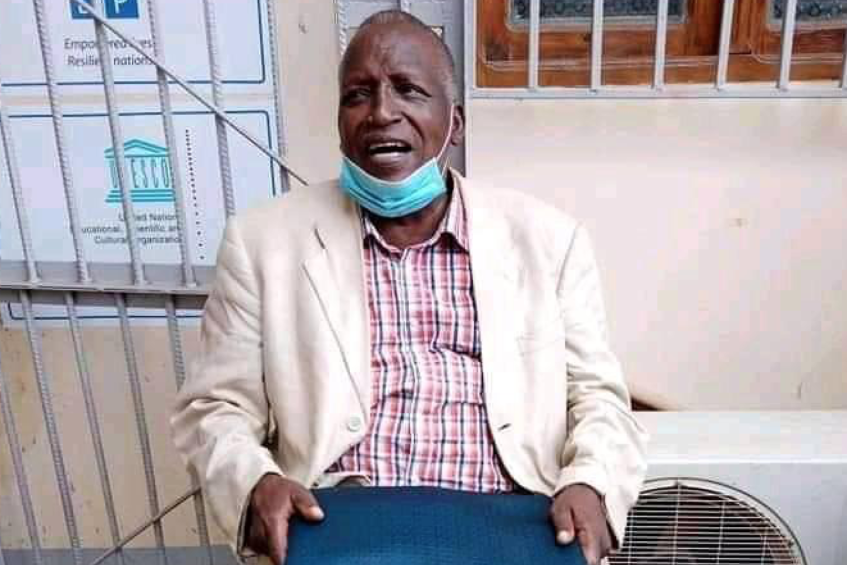 A senior lecturer at the University of Juba and a trainer at the Media Development Institute has passed on.

He was the Dean of School of Education, University of Juba, where he taught English language and literature at various levels of the University.

Dr. Momo had reportedly been sick for about a week before developing Covid-19 symptoms.

He was later transferred to Dr. John Garang Infectious Disease Center and put under the intensive care unit where he died.

“We were expecting him to come and give lectures but unfortunately this morning, one of the lecturers…at the University of Juba…called me that Dr. Momo has passed on,” Irene Aya, the Acting Principal of the Media Development Institute confirmed.

A statement from the School of Education, University of Juba, also confirmed his demise.

The university administrative described Dr. Momo as “a loving person and a mentor to many.”

Before returning to South Sudan in 2012, Edward Yakobo Momo had taught English in high schools in Scotland, UK, in the mainstream and multicultural schools to children for whom English was their second language for over fifteen years.

Dr. Momo has authored a memoir entitled ‘Resilience of the Human Spirit’ and an English book for secondary schools in South Sudan.