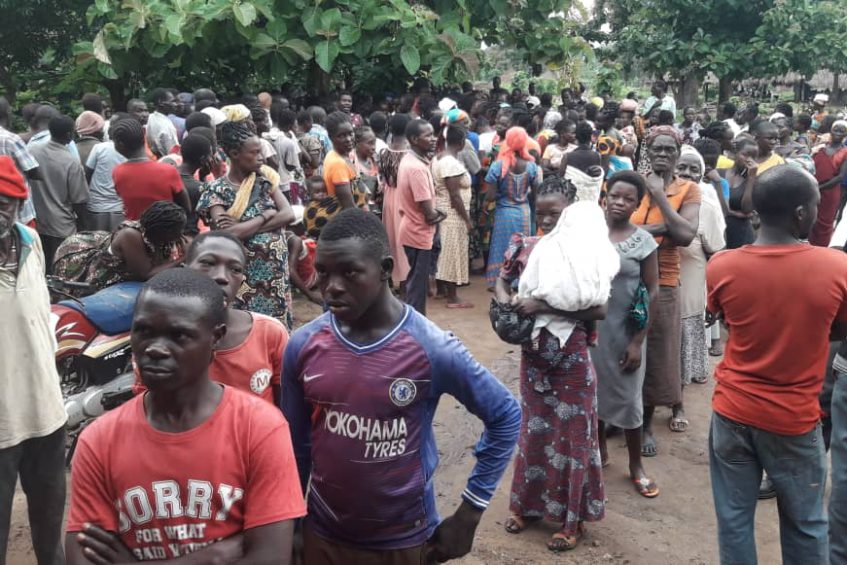 The civilians – mainly women, children, and the elderly – escaped from their villages to the county headquarters and the neighboring areas as violence in the area escalates.

They are mostly from Source Yubu, Akpa, Mabenge, Kpatanayo, Matakurungu and other locations in Tambura County.

Local authorities in Ezo say they have so far registered over 12,000 internally displaced persons between June and July.

Javelina Zuzu, a mother of seven, who arrived in Ezo County recently, said she had to leave her Nazareth village.

“Though the sound of gunshots has reduced, they are still slaughtering people. I came with no belongings. No food,” the 46-year-old lamented.

Another displaced person is 50-year-old Kizito Camelio who arrived in Ezo last week.

He told Eye Radio he lost all his valuables after armed men torched his village.

“Let them support us with the shelters, medicines and even blankets,” Camelio added.

The Relief and Rehabilitation Commission Coordinator for Ezo County told Eye Radio that the number of the displaced persons is increasing daily.

Two weeks ago, a meeting convened by the First Vice President in Juba called for the provision of food, healthcare, and repatriation of displaced persons affected by the violence.