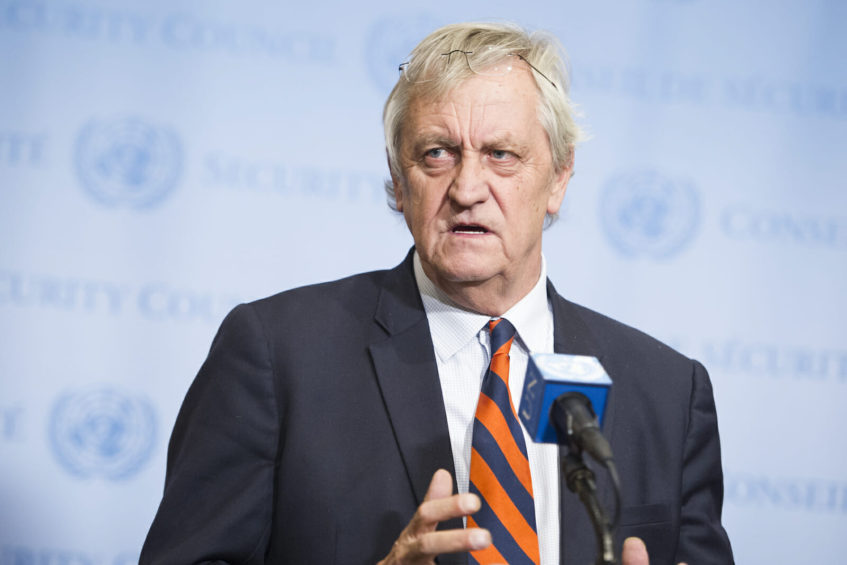 The UN Mission in South Sudan has commended the government for the progress made over the last three months in implementing the revitalized peace deal.

Nicholas Haysom, however, warned of the dangers of a slow-paced implementation of the deal.

He acknowledged as a positive step the reconstitution of the transitional parliament and ongoing efforts to unify the army.

The head of UNMISS, however, expressed concerns over the slow implementation of crucial peace provisions.

In his address to the UN Security Council in New York on Monday, Nicholas Haysom said there is an urgent need to unify a coherent military command and control structure.

“Troops continue to suffer in cantonment and training sites without adequate shelter, healthcare, and food,” he said.

“The formation and the graduation of the unified forces is a critical element of South Sudan’s transition intending to prevent the intractable relapse into conflict,” Mr. Haysom told the Council members via a video link from Juba.

According to UNMISS, this year alone, more than 80 percent of civilian casualties were attributed to intercommunal violence and community-based militias.

Nicholas Haysom said the pervasive insecurity continues to obstruct the realization of durable and sustainable peace in South Sudan.

He called for “irreversible progress towards peace”, which will require tangible progress against the benchmarks of the revitalized peace agreement.

In response to the statement of the UNMISS boss to the Security Council, the spokesperson of the Ministry of Foreign Affairs, Ambassador Edward Hakim said:

“We welcome the report for recognizing the progress being made by the revitalized government of national unity in implementing the peace agreement,” said Ambassador Edward Hakim.

South Sudan has been soliciting regional and international support for the lifting of the arms embargo that it says hinders the graduation of the unified forces.

“At this time, South Sudan is very much in need of cooperation, support, and encouragement from the international community,” Ambassador Hakim added.

But the United Nations Security Council has preconditioned the lifting of the arms embargo on the full implementation of security reforms such as the formation, training, and redeployment of the necessary unified forces.

The Council first slapped an arms embargo on South Sudan in 2018 which has since been renewed several times, most recently until 31 May 2021.