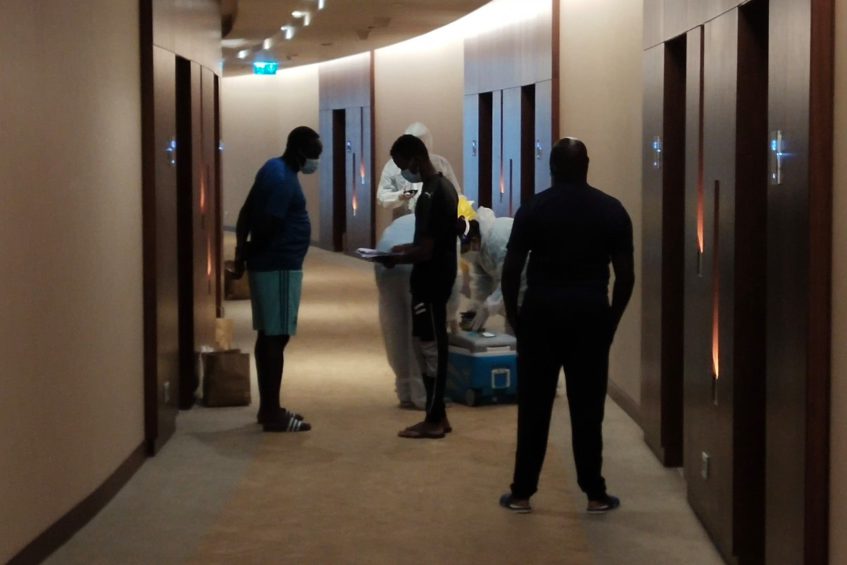 The Ministry of Health has accused a private laboratory of violating health guidelines by conducting pre-travel coronavirus testing for government and national institutions.

This is after a lab in Juba supposedly conducted an incomplete coronavirus test for national football team players and the delegation that traveled out of the country last week.

In a statement issued on Tueday, the Ministry of Health denied permitting overseas travel for Bright Stars, after some players tested positive for the coronavirus.

“The Public Health Laboratory was not notified by the private lab that one of the team members tested positive [for Covid-19],” the statement partially read.

On Sunday, June 20, the South Sudan Football Association disclosed that 8 players and 1 official tested positive for the deadly virus in Doha, Qatar.

The delegation which consists of 41 members —23 players and 18 officials arrived in Doha on Friday ahead of their game against Jordan.

After another test in Doha, the Qatari government and FIFA relocated those who tested positive to another hotel to begin their isolation.

All the players and the officials were first tested for coronavirus in Juba and allowed to leave through the Juba International Airport.

The Ministry of Health said it formed a team to verify the Covid-19 test results of the team members provided by the private laboratory.

“The preliminary investigation findings showed that out of the 9 individuals tested positive in Doha, 6 tested negative and 3 were inconclusive by 3 PCR platforms,

Inconclusive results mean the virus’s level in the body at the time of sample collection did not reach the detection level.

In its defense over criticism of laxity in enforcing health protocols, the Ministry of Health said it only received the test samples of the players on June 19, 2021 – a day after they had already traveled to Qatar.

The Ministry said the team traveled without its approval.

The Ministry asserted that the private lab violated the health guidelines.

According to the statement, the National Public Health Laboratory is the only facility allowed to conduct pre-travel tests for government or national institutions’ delegates traveling outside the country.

Although the Ministry of Health fell short, in its statement, to name the private lab that conducted the tests, officials told Eye Radio that the facility is called ‘Bio-Lab,’ located in Hai Malakal, Juba.