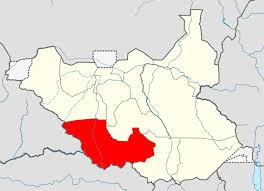 Four governors of the states in the Western Equatoria region are discussing Chapter III of the revitalized peace agreement in Maridi State.

The Chapter stipulates that the government of South Sudan and the armed opposition shall create an enabling political, administrative, operational and legal environment for the delivery of humanitarian assistance.

After the renewed fighting in 2016, the region was reportedly affected by the conflict – with mass displacement and killing of civilians in Maridi, Gbudue, Amadi, and Tambura.

This was followed by limited humanitarian access – a situation the UN, aid groups and JMEC blamed on both the government and opposition forces.

According to the minister of information in Maridi State, the governors are discussing the way forward as indicated in Chapter III of the revitalized peace agreement.

Peter Saki told Eye Radio this morning that the 2-day forum was organized by UNMISS.

“Today, Maridi State is hosting Western Equatoria Region stakeholder’s forum on revitalized agreement on the resolution of the conflict in South Sudan which has been organized by United Nations Mission in South Sudan,” Mr. Saki told Eye Radio.

“This forum has brought together the governors of Amadi state, Gbudue State and Tambora State have to be part of the participants and also David Shearer of UNMISS or the representative of the general secretary of the United Nations,” He added.