You are here: Home  |  Health | News   |   WFP and WHO testing food samples after suspected food poisoning in Leer and Naak 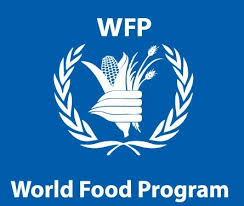 Residents of Gatdor in Leer County and Naak in Southern Lich State have raised concerns over food ratios being donated by World Food Program.

The residents say that the food donated by WFP is not fit for human consumption.

In April a four year old allegedly died after consuming food that was donated by WFP.

In May, 28 people were hospitalized and are in critical condition after consuming yet another batch of the donated food.

Samples of the food items have now been taken for investigations by both the WFP and WHO.

“It was on 22 April this year.It happened in Gatdor after people received food and fell sick. They believe that it is food poisoning .They were taken to UNIDO facility then from UNIDO they were referred to MSF in Bentiu Pocs. On their way to MSF one child passed away, a four year old child.”

Meanwhile, the spokesperson of World Food Program in South Sudan, Thomson Phiri who spoke to Eye radio yesterday said that the samples are being tested in the laboratory.

“WFP has taken samples of the food after receiving calls of food poisoning and quickly gone up to Leer to look into these food items that they have already. We are taking food samples to the laboratory for testing. This is interesting thought because the food we take to Southern Leer is the same food we have taken in other places. We have not received such type of complains. However WFP takes seriously any allegation of food poisoning.”