49 arrested over visa fraud in Juba 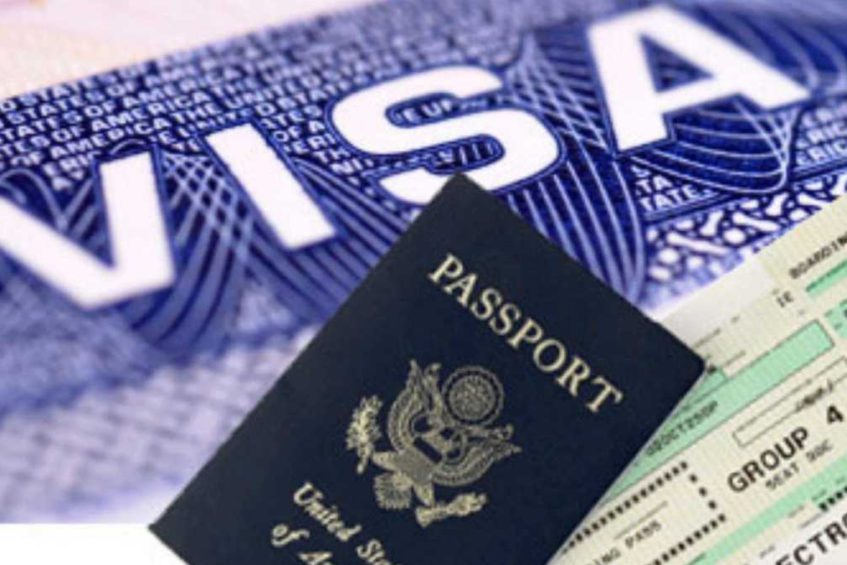 A picture of a visa. Photo credit: Curtesy

The Directorate of Nationality, Passports and Immigration is holding 49 people including five immigration officials over visa fraud in the country.

The individuals, 44 of them foreign nationals were arrested at their various work stations in Juba this week.

According to the Director of Immigration, the arrests followed a directive to hunt out those holding fake visas in the country.

He reveals that five officials working at the entry department have also been detained for coordinating the alleged fraud.

He says his department is still investigating and searching for more fake visas particularly from foreign national entering the country.

“Till now we are still investigating. We did not reach conclusion to know where these visas are coming from”, Brig. Nicola told Eye Radio on Wednesday in an interview.

Gen. Ater also warn foreigners over inappropriate means of getting an entrance to South Sudan.

He disclosed that some of the suspects are still at large.

“From the investigation with the five suspects, they have shown us some of the key points and we are now monitoring those people in some places and sure we will soon detain all of them” he revealed.

Most of those arrested are reportedly working in 24 NGO’s and oil companies across the country.

The documents required for South Sudan entry visa are original passport with at least 6 month validity and minimum 3 blank pages and personal coverage letter including and an explanatory for the purpose of travel to the country.

Last year, 65 foreigners were arrested for not having valid visas.

The arrests came after South Sudan’s government announced that all foreign nationals must have legal documents to remain in the country.