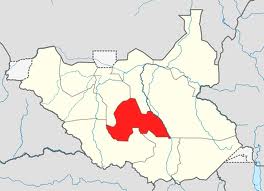 A man in Gok has been arrested for speaking to the media about his brother’s death.

Peter Marial was allegedly attacked and killed while trekking to a trading center there recently. He was a teacher.

The motive behind the killing is unclear.

His brother Chol Agoth then accused the state authorities of doing little or nothing at all to bring to book Marial’s killers.

As a result, the state authorities “put him in jail” for “talking to the Voice of America”.

“He was put in jail by the government in Gok state, especially the state minister for information John Madol, who said that ‘this person talked illegally to the radio and so he must be arrested’,” a family member who requested anonymity told Eye Radio.

“Instead of arresting the killer, the brother to the person who was killed has been arrested. He is being tortured in the prison.”

The Gok state minister of information is yet to comment on the accusations.