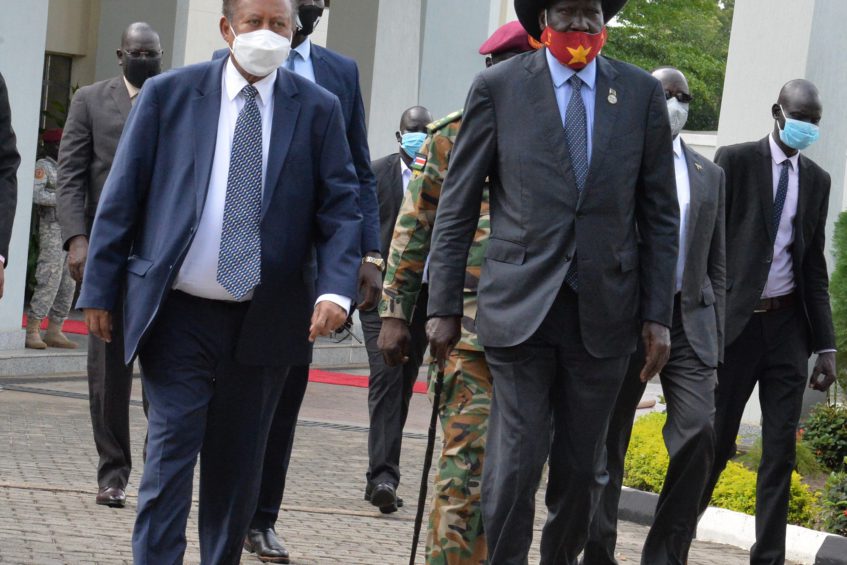 The Sudanese Prime Minister is in Juba to discuss bilateral issues and help the government address issues related to the revitalized peace agreement.

Dr. Abdullah Hamdok’s engagement with the government will also seek to address the wrangles within the SPLM/A-IO.

There have been clashes between the SPLA-IO faction led by General Simon Gatwech and those loyal to Dr. Riek Machar in Kit-gwang Magenis area.

As the chairperson of IGAD, Hamdok will discuss the violation of the ceasefire in some areas in South Sudan.

According to South Sudan’s Minister of Foreign Affairs, the Sudanese Premier’s three-days mission will also tackle issues of bilateral relations.

“He will discuss with President Salva Kiir the issues of the implementation of the peace agreement and especially the recent developments in Magenis and so forth,” Beatrice Khamisa told the media at Juba International Airport on Thursday morning.

Abdullah Hamdok is accompanied by the Sudanese Ministers of Defense, Foreign Affairs, Commerce, Transport, the Undersecretary in the Ministry of Petroleum, and the Deputy Director of General Intelligence Service.